Why spend your bird watching safari in Uganda-Uganda Safaris News 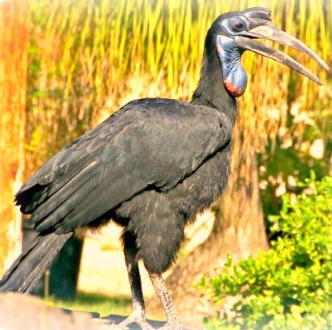 Uganda is an endowed birding destination blessed with various avifauna including even the various migrants from Europe as well as Asia continent to Uganda, The country is proud of 1060 different bird species which are recorded in various areas of the park, most of these bird species can be found in western part of Uganda and some being species which are endemic to the Albertine Rift Valley. The country Uganda’s bird check list is beyond half of the total species which are recorded in  the whole Continent of Africa and hence making it one of the best destination in Africa where travellers planning for their bird watching safaris and tours can enjoy better sights of the various bird species.
The country Uganda comes on the fourth position after Congo which has an estimated total of 1139 species, Kenya with 1132 individual bird species as well as Tanzania with approximated number of 1120 and fourthly Uganda with an estimated number of 1060 bird species. But the advantage that Uganda has over other countries is that the biodiversity in different bird life in Uganda is showed by the numerous numbers of birds per square kilometer a visitor takes which is not the case in other countries in Africa and even in the whole world. Uganda provides an opportunity to visitors to easily watch and enjoy fascinating views and entertaining sounds of the various sound birds like the shining world endangered species of the shoebill stork found in Murchison falls, African Green broadbill in Bwindi, Black beaters as well as the African Green broadbill and the Pitta in Kibale national park ,Kivu plus the, Papyrus gonolek without leaving out Uganda’s only endemic the fox’s weaver which is very entertaining and an enterprising bird species among others .
Uganda has an amazing and interesting bio diversity of habitats that favors the survival of various bird species and the habitat ranges from the prominent now capped mountains in the mountains of the moon, well vast wetlands like Bigodi in Kibale National Park, rich savannahs, montane rainforests, volcanoes & alpine zones found in areas with high altitude especially around mountainous areas in Uganda ,to open fresh waters in different lakes like L. Edward, Albert, Kyoga, Victoria, Rivers like the longest Nile, among others .The diverse nature of the country in terms of habitat is very vital for bird breeding, feeding, as well as bird congregations plus roasting. Hence spending your bird watching safaris in the pearl of Africa Uganda is the best decision a traveler  planning to have an authentic bird watching in experience in Africa should take.

Uganda boast a total of 700 nature gifted forest reserves and these form continuation with the exclusive Congo basin rain forests and hence offering the country with a vast number of central and west African bird species that cannot be got anywhere apart from Uganda in East Africa. The interesting other small forest are found in different areas for instance in the Albertine Rift Area which has 38 bird species which are only endemic to the Albertine rift endemic and the 26 being the permanent residents of the stunning Bwindi impenetrable forest ,
Uganda is only destination one should confirm bird watching safaris and tours because the country is covered with an estimated total of 30’000 square kilometers of wetlands that are well known for protecting 210 species bird species and all these can be accessed by tourists on his Uganda bird watching safaris and tours .the wetlands are the best habitant to the worlds endangered species of the rare shoe bill Fox weavers, White winged warblers, Papyrus canary’s as well as the African skimmers among other species. Example of the prominent swamps with recommendable bird species include the Bigodi wetland, Mabamba bay, Nabajjuzi, Nabugabo and Kibimba wetland .
Uganda Safaris /Uganda Safari News
Prime Uganda Safaris and Tours Ltd