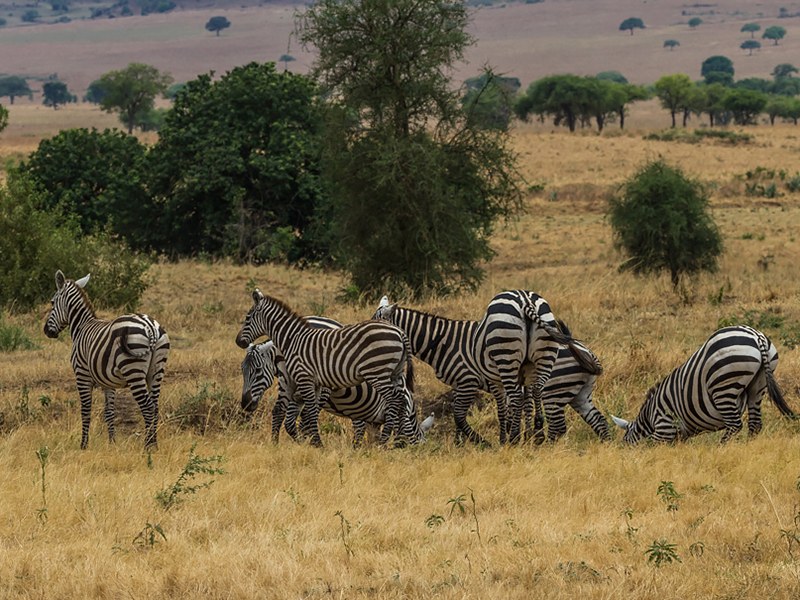 The wildlife in Uganda is very impressing with about 7% of the world’s total mammal species, several amphibians and reptiles, hundreds of butterflies and moths among others. The most attracting wildlife adventure is the game viewing in national parks where travelers on Uganda safaris are driven in pop 4×4 cars through the park as they enjoys magnificent views and sights of distinctive wildlife species.
The most regular wildlife species which can be easily sighted in the parks include elephants, buffalos, kobs, and several other antelope species. Cats like leopards and lions are also present but are normally seen in early mornings and late evening’s game drives.
Whereas each park shelters a particular wildlife species, Kidepo’s 28 endemic species stand out of all. The bat-eared fox, the  wolf, the cheetah, and ostrich are some of those animals you will not find elsewhere in Uganda Safari National parks. Despite its location in remote areas of Karamoja region in the far north east of Uganda, Kidepo remains one of exceptional and safe haven for travelers on wildlife safari tours to Uganda. No wonder, it was voted by CNN as the 3rd best park in Africa for 2014 and is still recognized as a true African wilderness. It is also famous to handle the largest single herd of Buffalos on the African continent.
Bwindi national park is the most visited national park in the country, home to 11 habituated gorilla families namely; Rushegura, Habinyanja and Mubare positioned at the Buhoma region of the park, the Bitukura and Oruzogo groups are found at Ruhija gorilla trekking sector and other 5 groups – Nshongi, Kahunge, Busingye, Mishaya and Bweza are found at Rushaga and lastly is the Nkuringo group in the Nkuringo region. Each region offers a unique gorilla trekking safari experience and would advise tourists planning for Uganda gorilla trekking safari twice, to encounter these apes from different trekking regions of the Bwindi Impenetrable Forest.
The smaller L. Mburo national park is yet another un disputable wildlife viewing destination with species like the impala which is not easily found elsewhere in the Uganda as well as the zebra only found in Kidepo. The park is the only one in the country that provides travelers on Uganda safari tour a golden opportunity to view the unique wildlife on the horse backs and bicycle safari