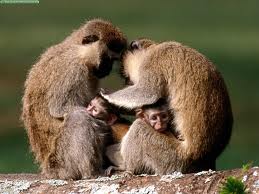 Queen Elizabeth National park is located in the western part of Uganda and it’s a park with many wildlife species which can be enjoyed by the tourists who come for safaris to Uganda. This park has contributed high revenues to the country, which has helped in improving the tourism sector in Uganda.

Queen Elizabeth is a park which has got many tourist attractions; these have helped in attracting Uganda safaris , these attractions include; the Kazinga channel which helps in carrying out the boat cruise which avails the tourists with variety of water animals like; water birds, crocodiles, hippos and the buffalos.

Other attractions include; the wild animals which include; the big five, the elephants, the lions, buffalos, antelopes, the kobs and many others, which have attracted many safari visits to Uganda.

There are also Chimpanzees in Queen Elizabeth National Park; these are specifically found in Kyambura Gorge in Maramagambo forest, these chimpanzees have greatly attracted many chimpanzee safaris to Uganda.