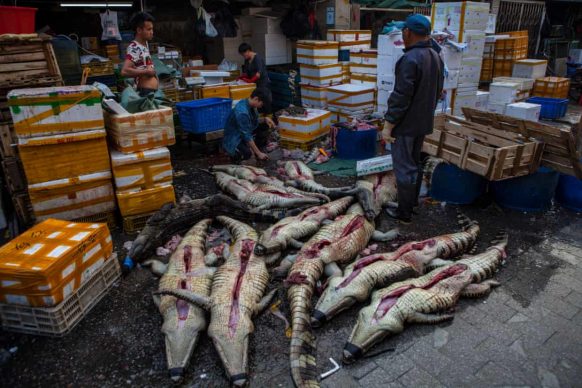 The World Animal Protection – an animal welfare agency, is pushing for a permanent ban on all kinds of wildlife trade as the only long-term solution to curb major epidemics like COVID-19 from happening again.

This World Animal Protection Agency wants government’s world over, institutions and individuals to join hands to curb the use of wildlife animals for food, entertainment, medicine or to be kept as exotic pets.

Why? The latest novel coronavirus (COVID-19) pandemic, that is believed to have originated from wildlife markets in Wuhan, China, has so far claimed millions of people globally and left over 34 million people ill.

Between 1940 – 2004, there are more than 335 new infectious diseases that were recorded and more than 50 outbreaks a decade. All these emerged with significant implications for both public health and economic stability. Therefore, Christian Wazler warns that future outbreaks of zoonotic disease are inevitable because interfaces between wildlife and humans are on the increase.

Zoonotic diseases mean diseases that are passed on from wild animals to humans.

According to research, scientists suspect that the latest coronavirus pandemic originated from snakes, bats and pangolins. Pangolins are critically endangered wildlife species according to the ICUN red list of threatened species.

In most cases, wild animals poached from their natural habitat or bred in captivity, are usually kept in cramped cages characterized by dirty conditions, creating a dangerous source of disease. “This trade, particularly in live animals, creates super-interfaces along the food value chain, co-mingling species from many different geographies and habitats while creating perfect conditions for the exchange and recombination of viruses.” Says Christian Wazler.

The Center for Biological Diversity discovered that rodents, bats and primates, which harbour most known zoonotic viruses, were traded dead and alive for jewellery, meat, skins, trim and hunting trophies.

Recently, China banned the consumption of land-based wild animals due to the outbreak of the COVID 19 virus and since then, several countries, mostly in Asia, have since followed suit.

Most importantly, this reduces the risk of future zoonotic transmission while also safeguarding resources for those indigenous peoples and local communities who rely on wild meat to meet their nutritional requirements.”

Whereas this is a great step, other wild animals used for non-edible purposes like exotic pets and traditional medicines are so far not included, according to Edith Kabesiime, the campaigns manager at World Animal Protection-Africa.

Speaking to Kabesiime, she revealed that the trade of Ball pythons as exotic pets is a massive global market that has crushed and worn-out millions of animals in Africa over the last several decades. Up to 99% of all Ball python global imports originate from just three West African countries including Benin, Togo, and Ghana.

In West Africa, Ball pythons are physically dug out from burrows, stuffed into sacks (often filled with other snakes), which can result in suffering, injury, sickness and death of these animals.

According to Edith Kabesiime, pet stores and e-commerce sites are also just increasing both the consumer demand and market availability of exotic pets like Ball pythons. Exotic pets are believed to be in homes around the world with reptiles amounting to 51%. There are almost 9 million exotic pets in United States homes alone.

In conclusion, World leaders should with immediate effect halt all commercial trade; – legal and illegal of wild birds and mammals for human consumption to prevent future pandemics.