With the recent outbreak of Ebola in the north kivu province of the Democratic Republic of Congo (DRC) many travelers wonder whether the neighboring countries are safe, the truth here is that there is no Ebola outbreak in the close Uganda or Rwanda as of now. If you are planning a Uganda safari or gorilla safari Rwanda, then there is no need to worry.

Ebola is one of those menaces where with the mere mention of its name it strikes fear since the virus kills about half of those it infects and gets passed on through body fluids. The 2018 outbreak of Ebola in the Democratic Republic of Congo is the country’s second deadliest outbreak after the first outbreak in 1976. With the efforts put in to control the spread of the virus in the region, neighboring countries haven’t allowed to take in any risks, measures have been put up and no victims confirmed positive of the virus yet.

In the rouse of an ongoing Ebola outbreak affecting the eastern Democratic Republic of the Congo (DRC), Uganda has and is implementing a series of preventative response measures to keep the deadly disease away. This is for the wellbeing of the citizens of Uganda and also for the many tourists who have opted to tour Uganda for wildlife, bird and gorilla encounters.

For all those getting into the country and within the country, these measures have been put up;

The Ugandan Prime Minister, Dr. Ruhakana Rugunda last week expressed appreciation for World Health Organization’s (WHO) support, saying that “whatever Uganda has managed to achieve in public health is because of the general leadership of WHO.” 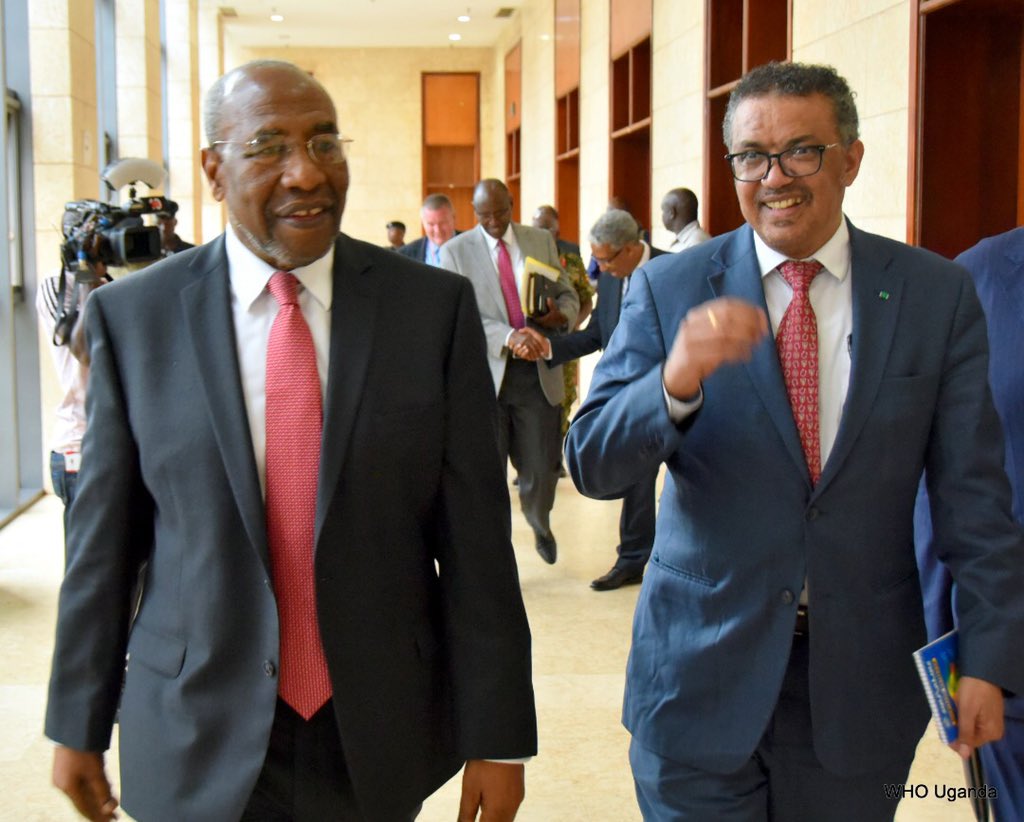 Prime Minister Dr. Ruhakana Rugunda and Dr. Tedros Adhanom form WHO having a talk on the Ebola crisis

If you are planning to go for a Uganda tour or Rwanda safari, then there is no need to worry for now. For those planning safaris in Congo unfortunately it could not be the best time for your tour now.