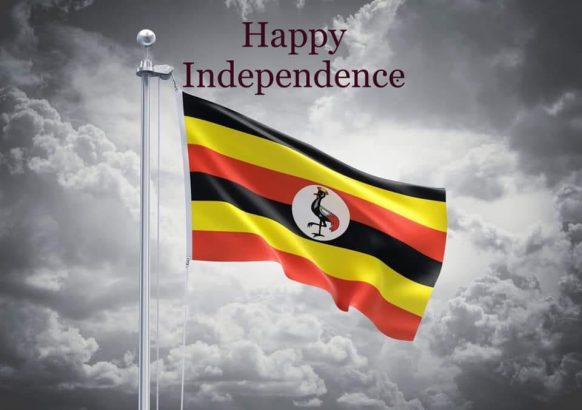 Uganda today, October 9, 2019, celebrates its 57th Independence Day anniversary. This day marks Uganda’s independence from Britain in 1962. More than half of the current population was not yet born in 1962. It is, therefore, important to remind ourselves of the origin of the struggle for independence and the people who played significant roles. In commemoration, Uganda celebrates this day every 9th October and is marked as a public holiday on the Ugandan calendar. This year’s celebrations are taking place in Sironko.

Sironko is a district in the Eastern Region of Uganda. Sironko is approximately 22 kilometres (14 mi), by road, north-east of Mbale, the largest city in the Bugisu sub-region. Sironko district was created way back in 2000 and had previously been part of Mbale District; a famous home of Mount Elgon. Mount Elgon is a Uganda safari attraction normally visited by travelers interested in hiking safaris Uganda/ mountaineering safaris in Uganda. Besides Uganda hiking safaris, Mount Elgon is home to Mount Elgon National Park that habits several Uganda wildlife safari animals, a birdlife, as well as indigenous tree species and other plant life that excite tourists on Uganda safaris/ Uganda tours. You may choose to do a Mount Elgon hiking safari Uganda, a Uganda wildlife safari tour, a bird-watching safari Uganda, a Uganda cycling safari or just a nature walk depending on your interests and abilities.

Things you must know about Uganda?

Explorer Henry Stanley discovered Uganda in 1875 which was divided into two kingdoms at the time. The first Anglican missionaries began arriving in the country in 1877 and, in addition to the missionaries; trade also came to the small country in central Africa. Uganda takes its name from the Buganda kingdom, which forms a large part of the south of the country including the capital Kampala.

Black, Yellow, Red are the colors that make up the Uganda flag. The flag consists of a bird in the center of the flag making it the National symbol. The bird on the Ugandan flag is the grey crowned crane and is the national symbol of Uganda. The crane was the military badge of Ugandan soldiers during British rule. The raised leg of the crane represents the forward movement of the country 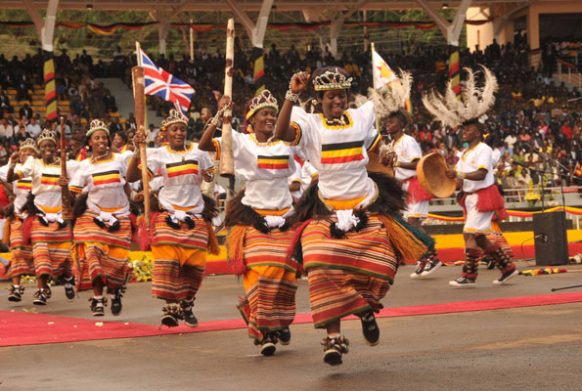 History of Uganda until Independence Day

Uganda, the ‘Pearl of Africa’, sits astride the equator in Eastern Africa. At the time of independence in 1962, after 68 years of British rule, Uganda had one of the most vibrant and promising economies in Sub-Saharan Africa (World Bank, 1993b).

The first European to visit Uganda was the British explorer John Hanning Speke in 1862. By 1877, British missionaries started arriving with the blessing of the Bugandan King; Mutesa I. Religion was a significant issue, not only in Uganda but in Britain as well. In an effort to gain control over the religious factions in Uganda, Britain made the country a British protectorate, placing tribal leaders in governmental roles as puppets.

Explorer Henry Stanley discovered Uganda in 1875 which was divided into two kingdoms at the time. The first Anglican missionaries began arriving in the country in 1877 and, in addition to the missionaries; trade also came to the small country in central Africa.

In 1888, the British government commissioned the Imperial British East Africa Company to negotiate trade agreements in the region. In 1890, Britain and Germany signed a treaty giving Britain ‘rights’ to the region. In 1894, the British Government annexed Buganda and some surrounding territories to create the Uganda Protectorate.

By the middle of the 20th century, Britain had been weakened by its involvement in World War II and with the call for independence sweeping across Africa; many British Empire territories in the region had started to be granted independence.

On 9 October 1962, Uganda gained its independence from Britain as a parliamentary democratic monarchy with Queen Elizabeth II remaining as head of state. The kingdoms of Ankole, Buganda, Bunyoro, and Toro received federal status and a degree of autonomy. Milton Obote the leader of the socialist Uganda People’s Congress (UPC) became the first prime minister.

In October 1963, Uganda became a republic but remained a member of the Commonwealth of Nations. Buganda’s King Mutesa II became the first president.

The Real meaning of Independence

During your Africa safari tour to any Africa safari country, you will learn that many of the African countries were colonized and granted independence. However, its beneficiaries have challenges of interpreting the true meaning of the word independence. Some have understood it to be a mere victorious replacement of foreign white colonialists or lowering of the colonial flag and the hosting that of the newly independent nation.  Others interpreted independence to mean the return of sovereignty back to African chiefs to manage and allocate resources in the designed territories. But Independence is much more than this. It bears noble meaning and deserves greater responsibility.

True independence is a life free from exploitation and or any social and political oppression. It therefore enables the benefiting nations to re-build self-confidence, realize their full potential and lead a life of dignity and fulfillment.

Uganda was granted true independence because it attained full possession of their sovereignty to stand alone as a nation. To stand does not mean that you can’t or won’t fall, but to fall, rise, stand and move forward is what makes an undisputable achievement. Indeed since 9th october1962 to date, Uganda has stumbled and even fallen, but we have taken it in our strides, raised, stood firmly and made fundamental steps forward. This is the reason why today many Ugandans especially the young generation is more concerned and interested in opportunity and benefit coming out of the realistically strong foundation for our future prosperity as individuals, families and country.

About the celebrations and Traditions

Like it is in other countries, Independence Day is a day of national pride in Uganda. There is always a national celebration at the Kololo ceremonial grounds with the President presiding over the ceremony. Some heads of state from other countries also attend the day celebrations.