The Uganda Wildlife Education Centre To Host the 2019 Zoohackathon Competition

Organized by the United States Mission in Uganda (US Mission), Zoohackathon is a wildlife-based competition set to promote technology solutions, raises awareness, build cross-sector collaboration and empower communities to fight wildlife trafficking. The Uganda Wildlife Education Center (UWEC) in Uganda Entebbe has once again been chosen to host this year’s Zoohackathon competition that will run from 16th -17th November 2019. 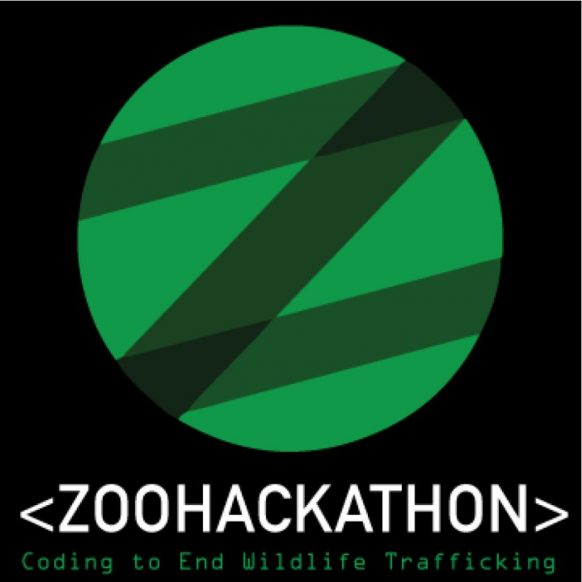 This was revealed by the UWEC Executive Director; Dr James Musinguzi during a media brief on Friday at the Embassy Plaza in Kampala. He appreciated and said the grant has been received from the United States Department of State and it is going to help them work hard to deliver a great event where they are going to come up with problem statements regarding wildlife trafficking and float them out to people to develop solutions. “We are very privileged to be able to partner with the American Embassy to have this event delivered as planned,” said Musingunzi.

The United States is among the top world leaders in the fight against wildlife trafficking. In February 2017, President Trump signed Executive Order 13773, which highlighted wildlife trafficking as one of four priority areas in the effort to dismantle organized crime syndicates.

The Uganda Wildlife Education Centre did host the same completion last year, it was the first ever on this African continent and it was very successful. Many people around the world took part in this competition and Uganda’s team was the overall second winners. The American Embassy, therefore, found it fit to select the Uganda Wildlife Education Center popularly known as Entebbe Zoo. What happens in the Zoohackathon Competitions?

This competition lasts 48 hours. During this 48-hour competition, various teams gather including; coders, graphic designers, teams of university students, software developers, and wildlife devotees use technology to tackle wildlife conservation problems. They display their works, defend them and at the end, judges choose a winning solution. Safari Uganda or just visit Uganda during this time and enjoy these competitions. 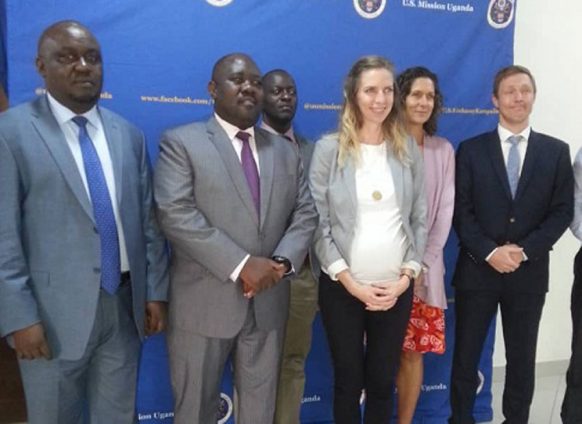 Wildlife trafficking is one of the world’s most nefarious challenges. Trafficking in poached and living wildlife is decimating populations of iconic animals such as elephants, rhinos, and tigers. More quietly, the world faces the permanent loss of fauna as diverse as pangolins and tortoises. Local communities are losing livelihoods and their natural identities and are becoming literal battlegrounds in a fight for survival. The once occasional link between wildlife trafficking and gun, drug, and human trafficking is now a highway that involves transnational organized criminals. This illegal trade is driven by demand for exotic pets, delicacies, jewellery, decorations, and traditional medicines. Even countries that are not destination markets can play roles as transit routes. The rate of trafficking has spiked over the last few years, and time is against us. The United States and countries around the world are leading international efforts to stop this scourge and bring kingpins to justice. But can we do more to bring new tools and approaches to the table? How can we change attitudes, raise awareness, and enable consumers to make informed choices to support wildlife-based tourism and reduce the demand that fuels this global threat?

Why is Uganda hosting the Zoohackathon event?

Christened the pearl of Africa, Uganda is blessed with a lot of diversity ranging from flora, fauna and cultures that attract lots of travellers for Uganda safaris, Uganda cultural tours, Uganda wildlife safari tours, Uganda gorilla tours, Uganda chimpanzee trekking safaris, Uganda birding safaris, and many more. Uganda is blessed to host over 1,061 bird species, more than half of the world’s remaining mountain gorillas attracting tourists for gorilla trekking safaris in Uganda, and it is home to also the world’s longest river, the best African wilderness and a lot more. That’s why it is one of the most sought Africa safari destinations. The number of tourists on wildlife safaris in Uganda, Uganda gorilla safaris and birding Uganda safaris increase annually because of the diverse numbers. On top of that, Uganda is home to endangered species like the African elephant, rhinoceros, chimpanzees, tree climbing lions, and the elusive shoebill stork.

However, over the past decade, Uganda has become one of the most important transit hubs in the international illegal wildlife trade. Uganda’s diverse wildlife has declined greatly and this is because of the human-wildlife conflicts like poaching and opportunistic killings. 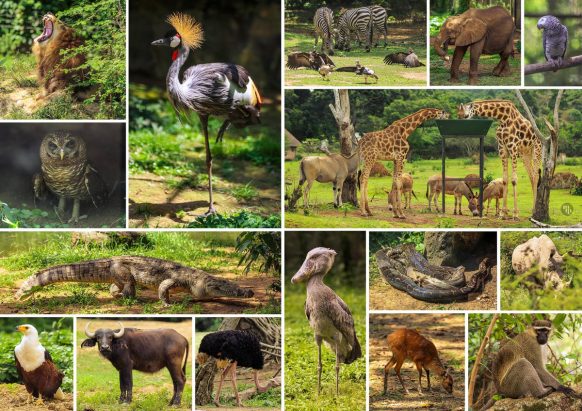 Wildlife trafficking is a threat to wildlife conservation and economic development of the country. Each animal lost is beauty lost and the more you lose then the country will lose being the pearl of Africa.

When is the Zoohackathon event happening?

Zoohackathon Uganda will run from 16th -17th November 2019 and the event starts at 8:00 AM – 6:00 PM each day. This will be the second Zoohackathon event on the African continent. The U.S. Mission Uganda and Uganda Wildlife Education Centre hope that participants bring in their creativity and technological expertise to code to an end in wildlife trafficking and increase Uganda safari tourist numbers.

At the end of the Zoohackathon event, teams will present their ideas to a panel of judges who will select those who can deploy their solutions practically.

Where is the Zoohackathon event going to be held?

The event will be held at the Uganda Wildlife Conservation Education Centre formerly known as the Zoo on Plot 56/7 Lugard Avenue in Entebbe.

What to carry for the event

Carry your own laptop and your internet gadgets. If you come from a place a bit distant and are planning to spend the night here, carry your sleeping bag and beddings. You may also choose to book one of the hotels in Uganda, especially around Entebbe. Light refreshments will be provided throughout. For meals, UWEC’s restaurant will be open throughout the event.

Uganda is worth conserving because it’s unique and doesn’t let the beauty of our mother nature get lost when you can still do something. Come for the Zoohackathon event and bring your idea forward, you could be the saviour of this country. If you want to take part, please email zoohackathon@state.gov.

It is also possible to modify your Uganda tour to feature other Africa tour destinations like Congo, Rwanda, Tanzania, Kenya among the many. Congo safaris or a Congo safari offers you chance enjoy a Congo gorilla safari in Kahuzi Biega National Park to trek lowland gorillas or a Congo gorilla trekking tour in Virunga National Park to trek the famous Mountain gorillas.