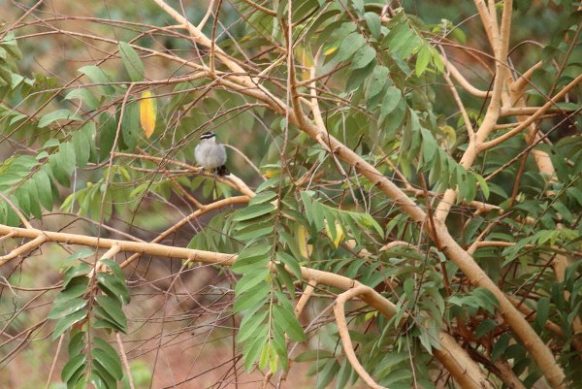 Gazetted in 1968, Bugungu Game reserve is a tinny wildlife reserve that shelters and protects the savannah grassland and seasonal wetland at the base of the Great Rift Valley escarpment to the western side of the enormous Murchison Falls National park Uganda.  Bugungu is part of the enormous Murchison Falls Conservation Area that is made up of the Murchison Falls National park, Karuma Wildlife Reserve and the Bugungu Wildlife reserve all found within North-western Uganda. The game reserve is situated between Bulisa and Masindi district.

This small magnificent Wildlife Reserve covers an area of 501 square kilometres and shelters a number of wildlife. Some of the common wildlife species that can be encountered during a Uganda safari tour in this Wildlife reserve include Hippos, Uganda Kobs, Leopards, Lions, Oribis, Buffaloes, warthogs, Oryx, elands, topis, waterbucks, Elephants, reedbucks, bushbucks, the Rothschild’s giraffes, and sitatungas. Primates such as Olive baboons, Vervet monkeys, L’hoest’s monkeys, Patas monkeys and black and white Colobus monkeys also exist in Bugungu Wildlife Reserve.

Uganda Birding tours in Bugungu wildlife Game reserve offers visitors with a checklist of 240 species of birds. The bird species include the elusive shoebill stork; the most thought after bird by travellers on birding safaris in Uganda.  Other species include the Black-headed Batis, Dark chanting Goshawk, the White-browed Sparrow Weaver, Black-bellied Bustards, the Black-billed barbets, the Eastern Grey Plantain-eater, the Speckle-breasted woodpecker, the Yellow-throated Greenbul, the Black-billed barbets, the Black-billed wood dove, the Double-toothed barbet, the saddle-billed stork, the Giant Kingfisher, the Swamp Flycatcher, the Black-headed Gonolek, and the Abyssinian among others.

The most interesting Uganda safari activities you should expect to participate in during a Uganda tour to Bugungu Wildlife Reserve include nature walks, game drives through the well-maintained game tracks, Uganda bird watching tours, camping, and picnics visit the local communities that surround the Wildlife Reserve and sigh seeing among others.

Bugungu Wildlife reserve is an all-year destination but perfect satisfaction and memorable experience is achieved if the Uganda activities in this reserve are conducted in the dry season in the months of late June to mid-September and December to February. The rainy season from late February to May and mid-October to November is always avoided because the poor roads leading to the Wildlife Reserve tends to be muddy and slippery. This is one of the main reasons why tourists are advised to use 4WD safari vehicles that can manoeuvre through the slippery roads.