Culture in Uganda | Culture of Uganda

CULTURE IN UGANDA | CULTURE OF UGANDA

While planning their Uganda tour , people asked several questions about culture in Uganda when planning their Uanda safaris , for example, what is the culture of Uganda? How many cultures are there in Uganda? What are the traditions in Uganda?  Below are the facts about Uganda culture;

Uganda Tribes: How Many Tribes in Uganda?

With over 56 tribes, Uganda is one of the most ethnically diverse countries in the world. These various tribes of Uganda mainly belong to three ethnic groups including;

Languages of Uganda: What language is spoken in Uganda?

While planning your trip to Uganda, you will need to communicate with people in Uganda; to book a hotel room, to purchase goods at the market, hiring transportation or contacting tour operators. So you may ask yourself, “What is the language in Uganda?” or “What are the languages spoken in Uganda?”

Well, the answer to that question is that Uganda is one of the most multilingual countries in Africa, with at least 41 languages spoken.

However, you do not need to panic, because you won’t need to learn them all since the country has two official languages that most Ugandans use: English and Swahili.

Local languages in Uganda are divided in five major categories including;

Below is a description of the most commonly spoken local languages of Uganda;

Most of the Bantu languages use a variety of prefixes to form words so that several similar words are made from common root.

The most common prefixes are mu-, ba- and bu- , the first referring to an individual, the second collectively, the third to the land they occupy.

For example, Muganda is a member of the Baganda, the people who live in Buganda. The language of Baganda is Luganda and their beliefs and customs are Kiganda.

To use another example, Munyoro is a member of the Banyoro, the people who live in Bunyoro. Their language is Runyoro and their beliefs and customs are Kinyoro.

Standards are more flexible when dealing with ethnic groups other than the Baganda; The Ankole people are usually referred to as Banyankole but the land they occupy is not referred to as Bunyankole; it is called Ankole. Munyankole however is a member of the Banyankole of Ankole.  The people of Toro are called Batooro but there is no term Butoro.

The below shows the major Bantu tribes in Uganda, their languages, and the region they occupy.

Luganda: This is the most widely spoken local language in Uganda. Over 4 million people in Uganda speak Luganda, more especially in the Central region, in the Buganda Kingdom of the Baganda, the largest ethnic group in Uganda.

Eastern Nilotic languages are spoken by people in the northeast and east of Uganda, they include;

Eastern Sudanic languages in Uganda are spoken in the far north-east edges along the border with Kenya; they include;

Central Sudanic languages in Uganda are spoken by people in the northwest of the country, and they include;

Some of the cultural and historical sites of Buganda which can be explored by those interested in Buganda’s history and cultural heritage include;

Bunyoro offers well-preserved attractions to visitors that give insight to the history and traditions of Banyoro people including;

There is no shortage either of fascinating cultural experience from ceremonies to song and dance, and folklore that have been celebrated in this land since long before Uganda came to be.

Some of the attractions in the Kingdom of Toro include;

Some anthropologists say that most pygmy tribes such as the Batwa have existed for more than 60,000 years in the equatorial forests.  The Batwa live in south-western Uganda in the districts of Bundibugyo, Kabale, Kisoro and Rukungiri.

Who are the Batwa People? 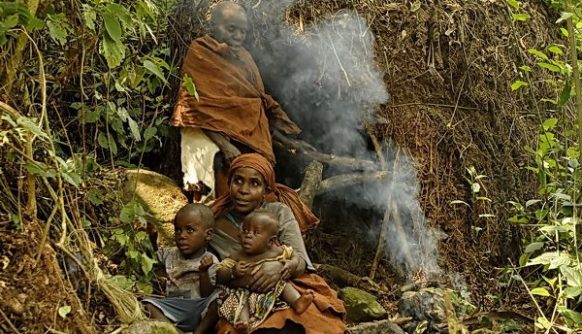 Social and economic life of the Batwa today