Uganda is known to be among the different countries that harbor the biggest number of zebras with their different species, but did you know that Zebras sleep while standing?. Some of the various zebra species you can come across while on a Uganda safari tour are Plain zebras that are found in the tree grasslands and woodlands of Uganda in the East African region.

Grevy zebras are in the Arid grasslands of Ethiopia and Northern Kenya. Mountain zebras can be found in South Africa, Namibia, and Angola. No matter the species of zebras, each zebra has stripes under its skin that uniquely identifies it from the rest. They act as figure prints.

Have you ever been inquisitive about a wildlife Uganda tour! Seeing the spectacular scenery during Uganda safari tours! Visit National Parks like Lake Mburo National Park and Kidepo National Park because they are the best places to find zebras.

Imagine laying down to eat food and standing up to sleep! Zebras have their way of life like that. They are black and white striped animals that are closely related to horses and donkeys because they share the same scientific classification. Unlike other animals in the animal kingdom, zebras are quite unique animals. When you get to have a safari in Uganda, you get to see how zebras always gather themselves in groups called harems and sleep while standing in case of danger, when zebras are in a group, they alert themselves faster and can easily protect each other.

Apart from seeing the zebras, someone can get the opportunity to go gorilla trekking in Uganda as well. Zebras do possess good eyesight, a sharp sense of smell, and keen hearing. They are also believed to have their visual site in color.

If you are chanced and you have a Uganda wildlife safari, you can get to hear how Zebras usually bark but their bark sound is high pitched and small like that of a young dog. Zebras also bray. Zebras bray like donkeys and horses. They normally bray from a low sound and then later become a loud sound. This sound informs you that the zebra is either angry or impatient with something.

Besides traveling to Uganda, many tourists love exploring diverse wildlife elsewhere. you can have glamorous gorilla tracking in Congo on a Congo safari tour. 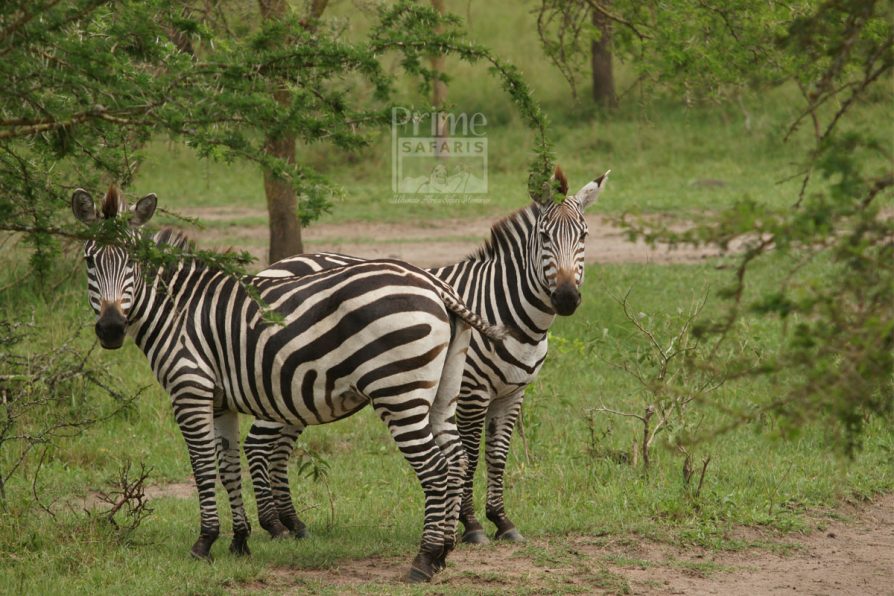 The gestation period of a zebra is 12-14 months. During this period the stallion takes care of the mare until it gives birth. After birth, the foal takes around two to three days to learn how to walk and stabilize on its own. Within these three days, the mother zebra keeps her baby out of reach from other herd members to help the foal learn her voice and also be able to differentiate her from others. 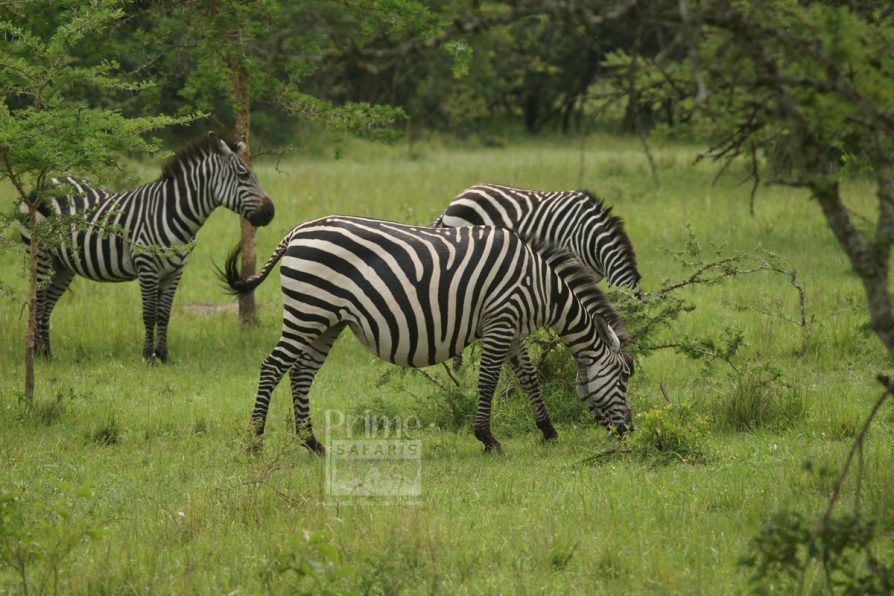 Did you know that Zebra sleep while standing?  – Uganda safari news.