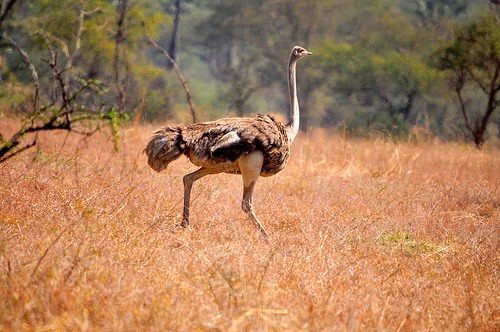 The Pian Upe Wildlife Game Reserve is one of the most remarkable protected areas in the Karamoja sub-region in Northeastern Uganda. It covers an area of about 2788 square kilometres which makes it the second biggest protected area in the country just after Murchison Falls National Park. The southern side of this incredible game reserve was gazetted as the Debasien Animal Sanctuary in 1958. In 1964, this area was extended northwards and it was named Pian Upe Game Reserve.  This remarkable game reserve is composed of hot springs and it is sighted as one of the incredible Uganda safari destinations with mercury wells just at Mount Kadam. This tremendous wildlife reserve derived its name from the Karamojong local dialect which denotes “Friendly Enemy.”

Pian Upe Wildlife Reserve is tremendous Uganda wildlife safari paradise that visitors must not miss out while in their wildlife tour in Uganda. As you plan your Uganda trip to Kidepo Valley National Park in North Eastern Uganda or Mount Elgon National Park, include Pian Upe Wildlife Reserve into the list of destinations that you need to visit for Uganda wildlife safaris and bird watching tours in Uganda and be filled with untouched wild experiences of a lifetime. 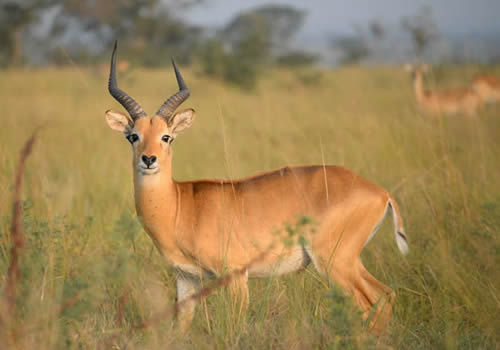 Primates include the unique olive baboons, the ground-dwelling Patas monkeys and Vervet monkeys. Cheetah sightings measure up to 80% chances, making it the best place during a Uganda wildlife tour in the country to see earth’s fastest mammal.

Pian Upe is Uganda tourist safari destination where you can see a number of reptiles. These include rock pythons, puff adders and several other harmless water snakes. The biggest population of lizards that are found in this remarkable reserve is mainly the savanna monitors. The reserve also inhabits common agama and skinks, chameleons and geckos.

Pian Upe Game Reserve contains a variety of rare bird species that can be sighted during a Uganda bird watching safari tour Approximately 242 bird species are confined in this wildlife reserve. The rare birds in Pian Upe Wildlife Reserve include the ostrich, great Hartlaub’s bustard, white-headed buffalo weaver and Jackson’s hornbill. These bird species are all protected within Loporokocho swamp.

Other unique bird species include Karamoja Apalis, which is endemic to northeastern Uganda; Abyssinian ground hornbills, superb sterlings, secretary birds, even the shoebills can be sighted on the park’s stretch of land. The reserve’s boundary is broken by the extension of Lake Opeta, one of the two places in Uganda and the entire world where visitors can see Fox’s Weaver birds.

The reserve is dominated by tree species in red acacia, desert date, harrisonia Abyssinia, red spike thorns; shrubs like butterfly pea and woolly caper bush. There are also green and golden undisturbed and wooded savannah plains ringed by mountains and cut in-between by rock-strewn ridges and Kopjes. The reserve’s plains are dominated by thatching grass, but they also feature bristle species, lemon grasses, and beard grasses.

A Uganda cultural safari to a local Karamojong settlement will grant visitors a chance to experience a rare cultural music, dance and drama performances. Visitors on a cultural tour in Uganda can enjoy the famous Edonga dance that never ends. They’ll start the performance and you’ll have to choose a time when to leave because when the party starts in Karamoja, it goes on and on and on.

Beyond the horizon of the reserve, there is a striking glory of high-standing mountains. Pian Upe Wildlife Reserve lies in the embrace of three mountains; Mount. Elgon to the south, Mount. Kadam to the northeast and Mount. Napak to the northwest. All these mountains allow for some of the most iconic Uganda mountain climbing safaris.

Napedet cave is not only remarkable for its volcanic creation but also mirroring a history between the Karamojong and Pokwot people. It was a hunting ground for the tribes. It is here that the wild meat was roasted. Inside, the cave still has its ancient look, with cooking stones and some pieces of wood. Parts of its sides are white, indicating the red-winged starling still visits the cave.

Some seats were carved into the rock by elders as they watched young boys roast their kill. Also inside, red marks discovered 50 years before the gazettement of the reserve, adorn the cave. The hunters drew some pictures of the animals like giraffes, warthogs, roan antelope and elands.

Visitors on a wildlife safari in Uganda can go for guided game drives in the plains of the reserve. Unique species expected to see in Pian Upe include Cheetahs, Roan antelope, zebras, greater Kudu, dik-dik, stripped jackals and elands. A 4 x 4-wheel safari vehicle is needed for the game drives since most of the tracks are not clear and not yet open. You will create your own game drive tracks too.

Pian Upe’s ecosystems attract unique bird species which make her an endeared Uganda birding tour hotspot on the Uganda safari itinerary. There are a massive number of birds, with about 242 confirmed, and 11 unconfirmed bird species. The rare birds to catch a glimpse at while in your Uganda Bird watching safaris in Pian Upe Game Reserve include the uncommon ostrich, great Hartlaub’s bustard, white headed buffalo weaver and Jackson’s hornbill and they are all protected within Loporokocho swamp.

Pian Upe Wildlife Reserve lies in the embrace of three mountains; Mount. Elgon to the south, Mount. Kadam to the northeast and Mount. Napak to the northwest. All these mountains allow for some of the most iconic Mountain hiking trek safaris in Uganda.

Guided nature walks are a great way to get up close and personal to the wilderness at Pian Upe wildlife reserve. For sightseeing, look out for zebras, antelopes, baboons and the many birds in the reserve. Visitors on a Uganda wildlife safari trip can also look out for reptiles such rock pythons, common agama and skinks, chameleons and geckos.  The walks are guided by a ranger from the Uganda Wildlife Authority.

To learn about the culture and ways of the people living around Pian Upe, visitors can go for a guided community visit. Uganda Cultural Safari in Pian-Upe can provide a chance to learn about their traditional weddings and marriages, traditional dances, and music of the Karamojong.

Napedet cave is not only remarkable for its volcanic creation but also mirroring a history between the Karamojong and Pokwot people. It was a hunting ground for the tribes. It is here that the wild meat was roasted.

Accommodation within the game reserve: These consist of inexpensive manly self-contained tents and cottages from the Uganda wildlife Authority. Alternatively, you could go with your own tents and camp at the reserve at a cost of about $5. The meals provided include chicken, rice, Rolex and spaghetti. If you are setting up your own camp, you could bring your own food and have it prepared.

Accommodation in towns outside the reserve: Pian Upe Wildlife reserve is located close to the Sipi Falls and Mount Elgon National Park Uganda. You can decide to stay in one of the high-quality lodges near Sipi Falls or in Mbale town. From Sipi falls, it takes between 1 to 2 hours to reach the reserve. From Mbale town, it takes 2 ½ hours to the

Reserve entry fees and other costs

That park entrance fees (paid daily) for adults are $35 for Foreign Non-Residents (FNR), $25 for Foreign Residents (FR) and 15,000 Uganda Shillings (UGX) for East African Citizens; and $5 for FNR and FR children, while children from the East African Community pay UGX 2,500. If you are planning to embark on guided tours per walk, non-resident foreigners pay $30 and foreign residents pay $15 then East Africans pay UGX 10,000.

The Pian Upe Wildlife Reserve headquarters is situated along the Mbale-Moroto road which covers about 90 kilometres if you are from Mbale and 11 kilometres north of the wildlife reserve’s Northern boundary. Once you are at this point, you can be in a position to ascertain the entry point to the game reserves’ headquarters as soon as you cross Chepsukunya Trading Centre which takes you nearly 2 hours’ drive.