Amazing Masaai Facts to Look Out for on Your Tanzania safari

One of the first animals everyone learnt about in school was a cow. Just like I was, many of us don’t know how important cattle is, we only think about the meat, milk fertilizers and hides. During your Tanzania safari/Tour in Tanzania, take time and visit the Maasai societies. Trust me you will be wowed by their way of life. The Maasai people are typical pastoralists whose whole life revolves around cattle. Infact it is their measurement of wealth and greeting. “I hope your cattle are well”, they say in greeting.

Among the Massai, cattle are treasured and considered extremely valuable and form a key part of their daily lives. During your safari in Tanzania, with the help of your Tanzania tour guide, visit the Maasai villages and have a close encounter with these proud Africans. To them, cattle are at the center of everything, providing them with food and materials, as well as playing an important role in their rituals and representing their wealth and status. When they give birth to children, they pass on the norms to the new generations as it is paramount for them to understand the Maasai culture and the need to protect and care for their cattle.

How the Maasai culture moves on to the different generations

In one of the interviews with a Maasai, he said that according to their tradition, before they were born, their grandparents had cattle which they left for their parents. And after they were born, they left the cattle to them because it is beneficial to the Maasai culture, as medicine, food, milk as well as prestige.

How important is cattle to them?

In the course of your Tanzania safari tour, you witness the importance of their livestock. Once you step a foot in their homesteads, their love for their cattle is mirrored in the way their homestead is constructed. Their cattle are enclosed in a tree fenced enclosure in the center of their homesteads called a boma with two entry and exit gates. 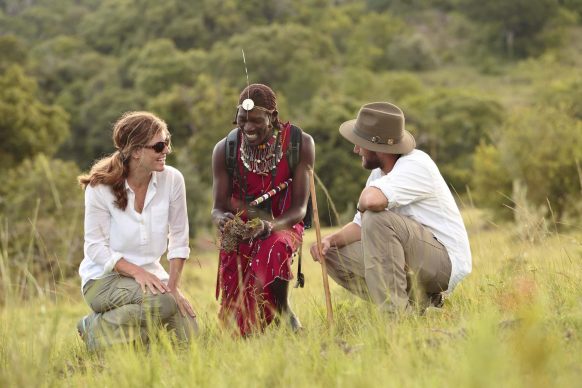 These bomas vary in size. Its size depends on the number of cattle a family holds. There are those that are quite large and can hold least 500 cattle.

These attacks often led to revenge. The Masaai warriors normally hunted and killed lions and hyenas after an attack.