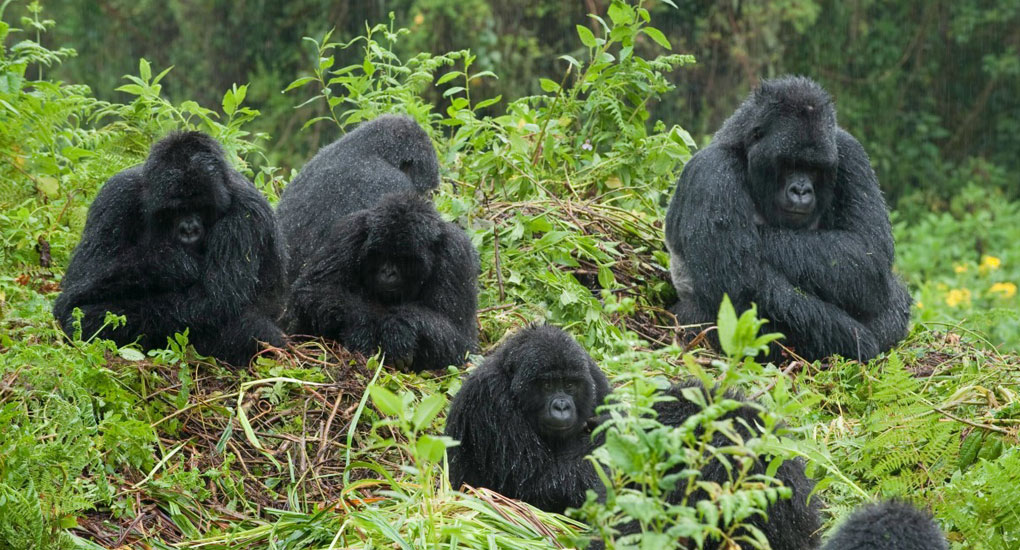 The name Bwindi derives from a local phrase “mubwindi bwa nyinamuraki”, which most originally referred to the mubwindi swamp in the south east of the park rather than the forest itself. The name goes back about a century ago when a family migrating from Kisoro area found them standing at the southern end of a seemingly impenetrable swamp.  The parents asked the swamp spirits for guidance and they were told if only they sacrificed their most beautiful daughter nyinamuraki the family would cross without any mishap. After two days of deliberation, the family decided that they could not turn back south and so they threw the girl into the water to drown and went on their way safely to the other side. When news of sacrifice spread, people began to avoid the swamp calling it mubwindi bwa nyinamuraki – dark place of nyinamuraki.

The forest was proclaimed impenetrable forest reserve in 1932, and in 1991 it was gazetted as a national park and named Bwindi. Today, most people refer to the park as plain Bwindi, though the swamp is still known by the more correct name of mubwindi.

In 1991, it was declared a national Park and the name Bwindi was added to it making it the now Bwindi Impenetrable forest. Becoming the most popular tourist destination for all safaristouganda in 1993 due to the existence of almost half of the world’s mountain gorillas; the parks management, the Uganda National Parks which later turned into Uganda Wildlife Authority bought a piece of land from the Batwa people that stretched a further 4Km² and was incorporated to the park

Located in southwestern Uganda along the D.R.Congo boarder, Bwindi impenetrable forest national park is one of Africa’s finest eco geographical areas. It is next to the Virunga National park in D.R.Congo, about 25Km north; and it’s on the edge of the Albertine rift valley. Bwindi is a habitant to about 480 Mountain gorillas, which is almost half of the world’s population for the endangered species.

Over 350 bird species have been recorded in Bwindi impenetrable forest national park and unlike most of the other national park checklists; it includes very few water birds. Of particular interest to birders on a Uganda safari, there are 23 bird species endemic to the Albertine rift and at least 14 species are recorded nowhere else in Uganda, amongst them is the African green broadbill, white-tailed blue flycatcher, white-bellied robin chat and the Frazer’s eagle owl. In addition to the extensive bird list, Bwindi impenetrable forest national park is home to at over 200 butterfly species including 8 Albertine rift endemic species and a dedicated butterfly watcher on a butterfly safari to Uganda might hope to identify more than 50 butterfly species in a single day.