For very many years, mountain gorillas were listed under the critically endangered creatures on earth. Slowly but surely, the number of mountain gorillas is evolving proving that the long-term collective conservation efforts can bring back the glory of these species back from the edge of extinction. As a result of the conservation efforts, in November 2018, Mountain gorillas advanced from critically endangered on the International Union for Conservation of Nature (IUCN) list to endangered following their increase in number as per the latest census. IUCN is an international organization that tracks the conservation status of animal and plant species around the world based on the input of expert scientists. 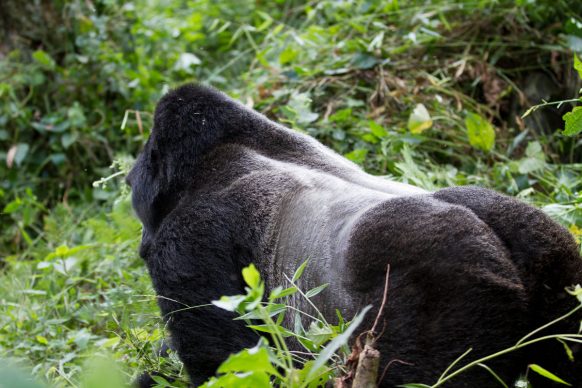 Uganda’s Ministry of Tourism Wildlife and Antiquities together with the Greater Virunga Transboundary Collaboration revealed that the number of mountain gorillas (Gorilla beringei beringei) in the 340 square transboundary protected forest have increased. Yesterday, they released the final results of a census of the population of mountain gorillas living in Uganda’s Bwindi Impenetrable National Park and the adjacent Sarambwe Reserve in the Democratic Republic of Congo.

In the past years, Mountain gorillas in Bwindi Forest National Park had about 400 gorillas that were being tracked by tourists interested in Uganda gorilla safaris. With an area of about 340 square km, Bwindi Impenetrable National Park Uganda is home to half of the world’s remaining mountain gorillas and is the most visited park by tourists interested in Africa gorilla trekking safaris.

According to the recent census, the Minister of Tourism Wildlife and Antiquities, Prof. Ephraim Kamuntu confirmed that as per the December 2018 census in Bwindi Impenetrable National Park, Uganda had a record 459 mountain gorillas counted in 50 groups; with 13 solitary individuals. Bwindi’s current number of mountain gorillas still beats that of the Virunga massif, whose gorilla groups stand at 41 families according to the latest census results in Virunga. Bwindi’s current census was compared to an estimated number of about 400 gorillas got from 36 families and 16 solitary individuals got from the same area in 2011.

Prof. Kamuntu added that when combined with her sister, Mgahinga Gorilla National Park, Uganda still retains its position as home to at least 51% of the world’s total population of mountain gorillas, a further boost to gorilla tourism in this East African nation. Mgahinga Gorilla National Park Uganda combined with this new number presents even a greater success story for mountain gorilla conservation around the world. 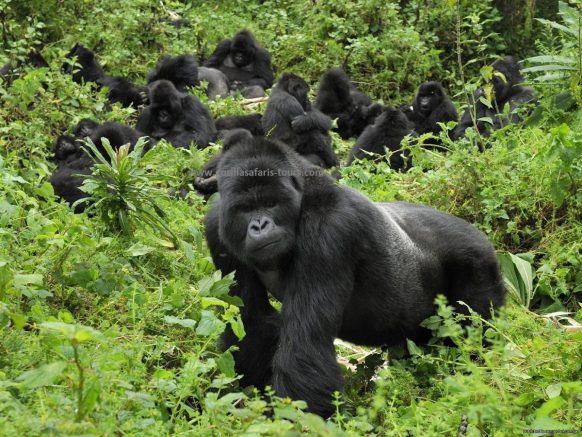 Who took part in the census?

The Fossey Fund was one of many stakeholders offering support for the census, a painstaking headcount of gorillas living in Uganda’s Bwindi Impenetrable National Park and the adjacent Sarambwe Reserve in Congo, which was conducted by the Protected Area Authorities in Uganda and the Democratic Republic of Congo under the framework of the Greater Virunga Transboundary Collaboration.

How the Bwindi Census was done? 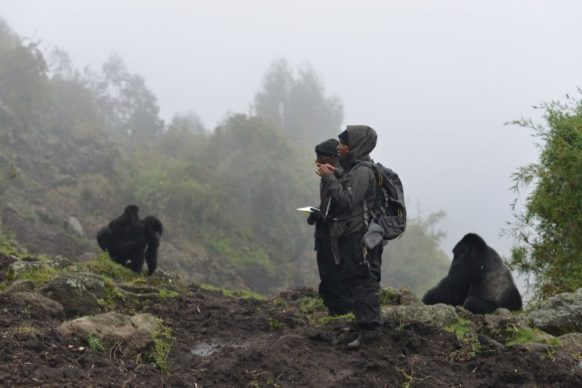 The Bwindi census took place in two sweeps in 2018 and was the result of a large collaborative effort among national park authorities from all three countries where mountain gorillas are found as well as conservation NGOs. Trackers, researchers, veterinarians and others divided into 12 teams, with six in the forest at a time.

These teams further divided into three groups, each of which camped in different parts of the forest for two weeks at a time, walking along pre-planned routes each day to search for signs of gorillas, especially nest sites, and collecting faecal samples for DNA analysis that would provide clear gorilla identification.

“The census outcome is only as accurate and reliable as the quality of data collected by the teams,” says Dr Eckardt, explaining that the teams underwent intensive five-day training, including theoretical and practical lessons, and learned how to use handheld electronic devices for more accurate data entry. Prosper Kaberabose was one of the Fossey Fund trackers who worked in the census. “The census work is a tough job; physically demanding, with 12 hours each day of walking through the forest, crossing big ravines and climbing mountains,” he says. “But in addition to the conservation importance, it allowed the team members to increase their technical skills, such as collecting samples and using GPS, as well as to share and learn from staff from the three different countries and backgrounds. It was truly a collaborative effort.”

As in the previous mountain gorilla census, survey teams walked pre-determined reconnaissance trails covering all areas of the forest, searching for gorillas and other mammals as well as signs of human activity. Teams collected faecal samples for genetic analysis at nest sites. The process was completed twice, from March to May 2018 and from October to December 2018 to ensure no gorillas went undetected.

Survey teams also searched for signs of other mammals, such as elephants and chimpanzees.  There were no indications of declines in those populations since 2011.

Felix Ndagijimana, director of the Fossey Fund’s Rwanda programs and Karisoke Research Center, calls the census “a great example of collaboration between governments, conservation organizations like the Fossey Fund and local communities.” 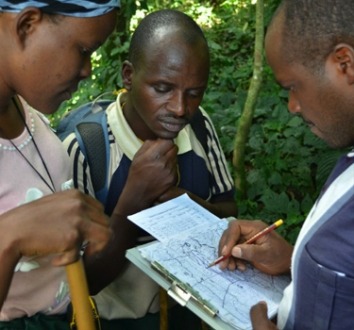 Dr. Tara Stoinski, president, CEO and chief scientific officer of the Fossey Fund, says, “Today’s census results are a testament to the intensive on-the-ground conservation efforts by dedicated trackers, researchers and other team members, and cooperation across three governments. Mountain gorillas are one of the most protected species on the planet, and today we see what a concerted effort by multiple stakeholders can do to reverse a seemingly hopeless situation. It takes hard work by community members, government leaders and conservationists—but it can be done.”

Last year, a similar survey of the Virunga mountain gorilla population found an increase from 480 to 604 over a five-year period. Thirty years ago there were just 240 individuals left in the Virunga Mountains (with an unknown number in Bwindi), and this increase in numbers shows that years of effort on behalf of the mountain gorillas are truly making a difference, Stoinski says. The news was a cause for celebration in the conservation world, and the International Union for Conservation of Nature (IUCN) upgraded mountain gorillas’ endangered status from critically endangered to endangered.

While news of the Bwindi population increase is welcome, says Stoinski, the overall small numbers and other potential dangers such as disease, climate change and habitat encroachment mean that the survival of mountain gorillas is still at risk.

They have been pulled back from the brink of extinction due to what Dr Stoinski calls “extreme conservation,” which focuses on daily protection of individual gorillas and their families. The increase in population “shows what can be accomplished by a cross-border, multipronged, unrelenting effort to protect a species,” she says, noting that gorillas “remain a conservation-dependent species and must be continually protected.”

The Bwindi population of gorillas is approximately 50 kilometres [30 miles] away from the mountain gorillas of the Virunga mountains that span Rwanda, Uganda and the Democratic Republic of Congo, where the Fossey Fund works. The Bwindi population was once even thought to constitute a separate subspecies, but subsequent genetic analyses showed that they are indeed mountain gorillas (Gorilla beringei beringei).

In addition to the gorillas trekked by tourists on Uganda safaris, Uganda is also home to about 11% of the world’s bird species that bird fanatics can enjoy during a Uganda birding safari, all of Africa’s big five safari animals you can during a Uganda wildlife tour, a huge population of chimpanzees open for Uganda chimpanzee safari, excellent weather suitable for everyone, the source of the world’s longest river, River Nile, Happy and hospitable people and many more. This continues to reaffirm Uganda as Africa’s leading holiday destination.

As a Uganda tour operator, we commend the combined effort of conservation organizations in protecting this special species, more particularly the Uganda Wildlife Authority for conserving for generations and Uganda’s visitors who through participating in the various Uganda safari activities, support conservation.

Mgahinga Gorilla National Park has one gorilla family called Nyakagezi however, there are others under habituation. Nyakagezi is trekked by visitors interested in Uganda gorilla safaris.

Other parks in Africa which harbour the Mountain gorillas include the Virunga National Park in the Democratic Republic of Congo. As of September 2016, there are 8 habituated gorilla groups open to tourists interested in Congo gorilla safaris. The groups are Kabirizi, Humba, Rugendo, Mapuwa, Lulengo, Munyaga, Nyakamwe, and Bageni. Each group has got a unique story to tell.

Most Bought Gorilla Packages in Uganda