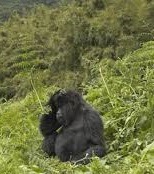 The tourism industry in Uganda has for long been depending on the safari visitors from outside world. This has made the rich Uganda safari products to be prone to the effects of seasonality and to be fragile to any uprising from any of her generating areas. But this has stayed long until of recent that the concerned tourism bodies have identified domestic tourism as a new strategy to combat this. Speaking to the Red Paper on Tuesday July 15th, 2014, the Tourism Minister asserted that domestic tourism is their current tourism strategy. Efforts to involve the Ministry of sports to organize regional sports events, tapping the potential of Imbalu ceremony and the religious products like Namugongo are underway. With domestic tourism, Uganda safaris to various safari destinations including wildlife safaris and gorilla tracking safaris are likely to increase all year around. The effect of short outbreaks will be easily curbed down as people on ground understand the situations better thus not scared by minor incidents unlike foreign Uganda safari undertakers. The strategy will not increase arrivals in the wildlife safari destinations alone, but also the market for cultural safari products will be expanded. The recent cultural expos of Buganda, Busoga and Bunyoro are foundation components of this new strategy intended to increase domestic safari-tours in Uganda. This strategy might become a success story evidenced by increased domestic safari arrivals in various destinations particularly those with excursion opportunities like Uganda wildlife Education center (UWEC).