The human behavioural nature of Gorillas

Travellers and researchers that have booked Uganda gorilla safaris, Rwanda gorilla tours or Congo gorilla tours have had a very close encounter with the gorillas for at least one good hour despite the time taken to reach them in their natural habitat ranging from 2-8 hours depending on their location. Others have spent the whole day with gorillas during gorilla habituation safaris in Uganda and Congo. This is what their observation is about the gorillas;

Gorillas act like humans and these have been observed in various ways. Gorillas are very brainy animals; did you know the loss of a family member can affect them greatly? This kind of emotional awareness is very common in humans. Just like it is in humans, gorillas do participate in ritualistic behaviours for example, when a member of their family dies or is killed, it’s a great tragedy for the whole family. They all mourn for days and always come back to the place of death day after day. They will all sit there over the body and see them ask them to come back, and of course, they can’t. This kind of ritual is similar to a human visiting a gravesite of a loved one. Like it is in humans to make a loud call or cry when someone is lost, they also sometimes have this long lost call they do when somebody is lost in the forest and they want them to come back.

During a brief talk with one of the researchers, he told us a story about a gorilla that lost its mother. He reported and said, emotionally, it withdrew from his group, became sluggish, stopped feeding, its immune system weakened, he fell sick until it finally died. He further said “The last time I saw this gorilla alive, he had sunken eyes, grown thin and extremely depressed. He often huddled in the vegetation close to where his mother died. The last short journey he made was touching, he paused to rest every few feet, as he moved to the place where the mother had died. He stayed there for several hours until he struggled on a little further, then curled up and never moved again.”

There was also an 11-year-old gorilla that was observed by travellers who had undertaken a gorilla safari in Uganda, grieving the loss of her infant. One of our clients that tracked that guerrilla group said, “I have never seen an animal in distress.” He was touched by the way this animal felt. 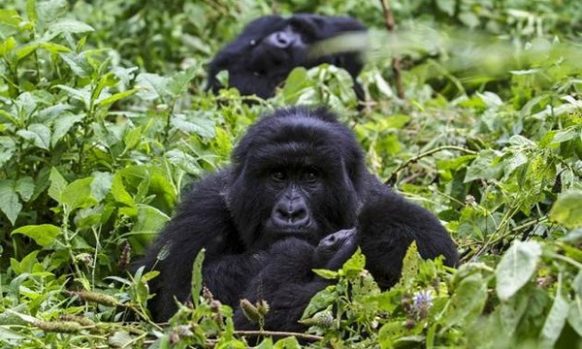 One of the gorilla researchers in Rwanda said that he just found that gorillas had empathy during his research. After gorillas realizing poachers has started setting for them traps in the forests, they turned out to be primitive engineers because they have taught themselves to dismantle these poaching traps. These gorillas sprang into action after the same snare killed an elderly gorilla. He stated, “One of the most extraordinary things that have just happened is that very young gorillas, that are just four years old, have started to take apart traps and snares so that poachers can’t catch gorillas.” He finds an extraordinary emotional depth and capacity for empathy for their fellow primates.

Scientists that have for long studied these gorillas have never seen this kind of activity in gorillas at such a young age. This finding suggests not only unexpected reasoning skill but also a level of empathy for other animals. These gorillas could choose to simply avoid the snare grounds, but they instead decided to work together to disable them so that other gorillas and animals are not hurt and killed.

Gorillas are also taught their young how to use different tools, especially when picking food to feed on when building their nets and many more. 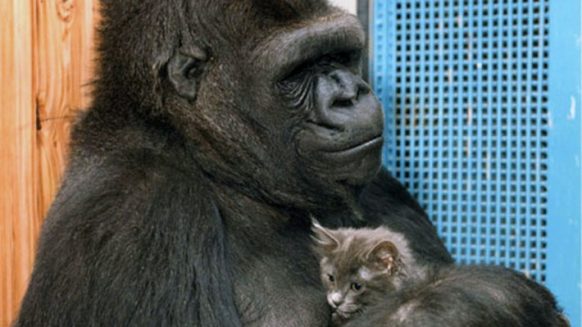 Gorillas have the capacity of being linguistic

Have you heard stories about Koko the linguistic gorilla? Research on primate empathy was kick-started in the 1970s with Koko, a gorilla that had become famous worldwide. This knew over 1,000 words of American Sign Language.

At first, the scientific community was sceptical, not knowing if Koko was actually signing what she was thinking or if she was being forced by her trainer, Penny Patterson. After some time and research, it was generally accepted that the words Koko was signing were, in fact, her own thoughts and feelings with no push towards in any particular direction from Patterson. Since then, people got much more convinced by its ability to communicate and this was accepted by the scientific community

The peak of research with Koko came when Patterson decided to give her a pet kitten. Koko cared for the kitten, which she named ‘All Ball’, like a human would: petting it, being gentle around it, and scolding it when it bit her. Gorillas in the wild have been seen exhibiting similar maternal actions as humans.

One day All Ball went out to play and got hit by a car. When Koko found out that her kitten died, she mourned for days, often crying. Gorillas cannot shed tears, however, she would do this by letting out sad wails. 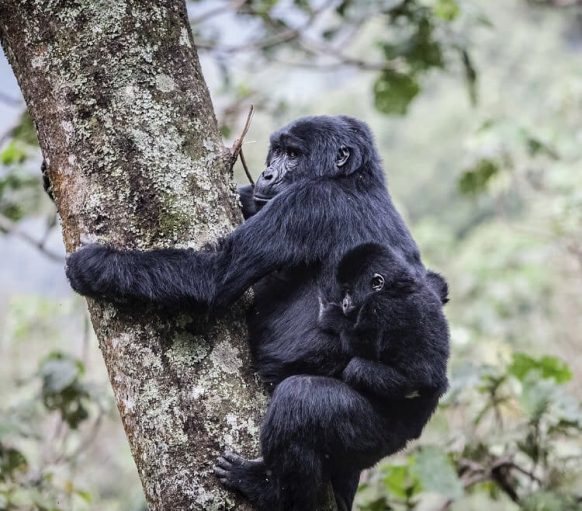 Gorillas use non-verbal language to communicate with their young ones

Researchers at the Free University of Berlin recently observed gorilla mothers for about 4 months and realized that gorillas employ a strategy of infant specific communication. They watched over these gorillas all the time and they realized that just like mothers’ act sometimes, gorilla mothers use a non-verbal ‘baby talk’ when addressing their young ones.

Gorillas are loyal to their families

There’s a lot of loyalty. This male mountain and western lowland gorillas, in the wild, they can and do die protecting their families. There are very, very tender, maternal responses to infants.

Young gorillas are emotionally attached to their mothers

For the case of gorillas, crying as an emotional expression has used in the description of the different vocalizations especially at times when the infants are being weaned and separated from their mothers either temporarily or when they have to lose sight of the mother permanently due to death.