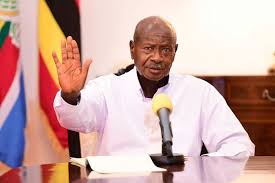 Early this month, government put travel restrictions on travelers from 16 countries worst hit by coronavirus who were ordered to be put under mandatory quarantine at their own cost for two weeks following an increase in the number of new cases registered per day and cumulative number of cases in their countries.

However, government later closed all its borders and stopped any passengers coming into the country via air, water, and road.

Almost all the cases in Uganda are travellers from Dubai, UK, Afghanistan and the US and a few have got here.

The cases throughout the world for coronavirus keep on increasing every day making it more worrying.

The virus has claimed nearly 38,000 lives worldwide in a health crisis that is rapidly reorganizing political power, hammering the global economy.

Spain, whose outbreak is the world’s second deadliest after Italy, broke another national record of 849 deaths in one day on Tuesday.

How to Survive Coronavirus COVID-19-Latest News 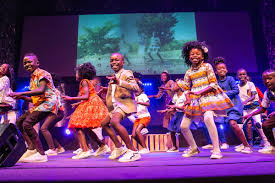 President Yoweri Museveni on Tuesday while speaking to the nation said; Uganda’s coronavirus cases jump to 44 after 11 Watoto choir members test positive. “Out of the 176 people tested, 11 of them tested positive and [they] are all children of Watoto Church Choir who are still in quarantine. They picked the disease from outside [Uganda]. I don’t know where they had travelled [to],” Mr Museveni said.

In a statement dated March 27, to the Watoto fraternity, Julius Rwotlonyo, the associate team leader Watoto said that one of the adult chaperones who take care of the choir that had returned from the United Kingdom (UK) on tour is among the Ugandans who tested positive for the virus.

In a statement released by Watoto, the church said the children’s choir recently returned from the UK and Canada following the pandemic and they suspect it is where they could have got infected.

“Two weeks ago, two of our Watoto Children’s Choirs returned from the UK and Canada following the global COVID 19 pandemic. The two teams are comprised of 12 children and 10 adults each. As per government requirements, both choirs have been quarantined at government approved centres in Entebbe, since their arrival at Entebbe International Airport on 20 March 2020,” said Pastor Julius Rwotlonyo, the Associate Team Leader at Watoto.

According to the church, on March 27, one of their adult chaperones presented mild symptoms on return from UK and later tested positive of coronavirus but was isolated from other members.

“Upon further testing, 3 more adults and 1 child on the same choir tested positive. Following procedure, these individuals were immediately isolated from their group and taken for treatment. Other tests were also done for the remaining choir members. We have also learnt that an additional 6 children and 3 adults on the same choir have also tested positive and will immediately be taken for treatment. We are grateful to the Ministry of Health and their health officials, who are working hard to provide adequate care for our children and adults, and all of those affected at this time.”

The church which runs villages where they take care of disadvantaged children says all of their villages remain unexposed to the virus and are safe and healthy.

“As we continue to pray for the full recovery of the affected choir members, and the health and safety of everyone in this season, we encourage everyone to uphold the Ministry of Health guidelines to stop the spread of the virus.”

The church applauded President Museveni and the entire government for efforts in fighting the spread of the deadly coronavirus pandemic.

“Let’s all continue to be vigilant in taking the necessary steps to combat the spread of the virus as we continue to pray. We believe that God will carry us through this season.” 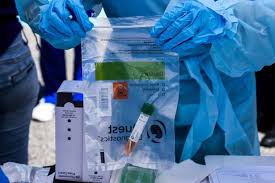 Museveni at the same briefing said he had been notified that Ugandans were calling for mass testing of everyone in the country like is being done in other countries such as South Korea and Germany, but he said testing is very expensive at $65 (about 246,796) per person and Uganda can’t afford to test everybody.

Even then, Museveni said, there is a global shortage of testing kits as countries struggle to contain the spread of the pandemic. Museveni said mass testing is useless because one can test negative today but then test positive later on once they have been exposed to an infected person. Uganda Virus Research Institute (UVRI) said they are left with about 25,000 test kits that may soon run out stock.

Why you Shouldn’t Cancel your Safari Trip or Holiday