WHEN IS IT IDEAL FOR GORILLA TREKKING IN UGANDA AND RWANDA? – GORILLA SAFARI NEWS

Home » WHEN IS IT IDEAL FOR GORILLA TREKKING IN UGANDA AND RWANDA? – GORILLA SAFARI NEWS 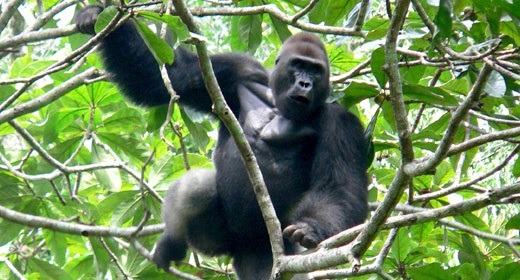 Despite the fact that gorilla trekking encounters in both Uganda and Rwanda can be done all year round, the seasonal changes especially in terms of rainfall tend to create favorable times where the majority world travellers prefer visiting these gorilla destinations on their gorilla trekking safaris.
The Months of June to September and December to February are profoundly liked by various Uganda gorilla safari undertakers. The rain which are experienced in the months of March to May and from late September to November present challenging conditions for gorilla trekkers as the hilly landscapes which they are meant to hike become slippery and traversing the dense jungle like the impenetrable forest of Bwindi becomes intensely difficult considering the rate of vegetation growth and down pours that accompany the trekkers during the activity whose duration is not certain but estimated between 2 – 8 hours. However, it should be noted that being tropical Africa, despite the down pours that might present themselves every day, the sun has to appear for some good hours in a day.
The conditions in the tourism generating areas are also a factor when it comes on the question of when to visit. The varying climatic conditions especially in the close to Polar Regions marked by various seasons especially the extremes of winter and summer have got an effect on when to undertake gorilla safari tours to Uganda and Rwanda. For example, in the continental lands of Europe, the number of travellers interested in going for holiday increase during summer period and it decreases during winter seasons.
The promotional attempts of destination marketing agencies also have got an effect on when to visit and undertake gorilla trekking safaris and tours in Uganda and Rwanda. The tourism bodies in destination countries like Uganda Wildlife Authority in Uganda tend to offer discounted gorilla permits especially in the months of April, May and November from $600 from foreign nonresidents to $350 which is a good discount that in turn entices travelers to plan gorilla safari tours to Uganda. During these seasons, accommodation establishments also offer discounted rates for travelers on Uganda gorilla safaris and tours.
In Rwanda, the rains tend to appear towards the end of February, March, April including May and tourists too tend to avoid that period as the volcanic landscapes are slippery and the environment is densely wet that would challenge them while doing gorilla trekking.
However, it should be noted that during this period, mountain gorillas tend to keep on lower slopes to benefit from the plenty of food and relatively warm temperatures on the lower slopes. Thus, with these months gorilla trekking duration tend to be shorter than the later months.
To note however is that regardless of these variations, mountain gorilla trekking in Uganda and Rwanda can be conducted throughout the year and experience remain untouchably thrilling.
Rwanda safaris/Rwanda safari News
Prime Uganda safaris & Tours Ltd safari News