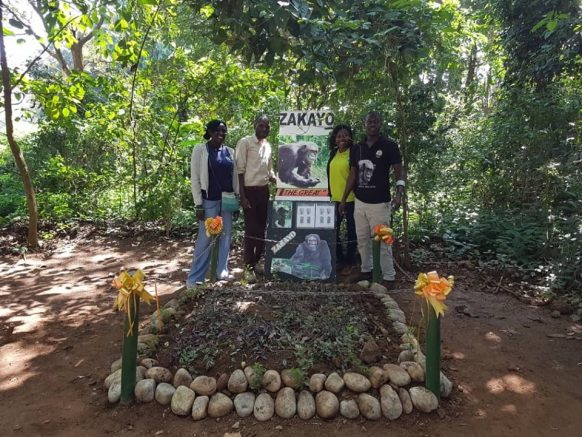 The Uganda Wildlife Education Centre (UWEC) on Friday 1st November 2019 celebrated Zakayo, the oldest and most famous chimpanzee in Uganda at a lively event at the Uganda Wildlife Education Centre. Zakayo passed on at the age of 54 on April 26th 2018. Zakayo’s legacy was officially launched and will henceforth be November 1st. Dr James Musinguzi , the Uganda Wildlife Education Centre chief executive officer (CEO), praised Uganda’s fallen chimp for having attracted many tourists for Uganda safaris at the zoo.  Speaking to the guests, Dr James said this chimp was iconic and one of the kind. “He represented primates, was social and followed hierarchy. He would only eat after the young ones have eaten” he said. Commemoration of Zakayo’s legacy is necessary for he attracted thousands of tourists to Uganda for Uganda tours and Uganda wildlife safaris. His legacy shall forever be celebrated given his contribution to Uganda’s tourism sector. Because he was a true icon of the tourism industry many tourists had to visit Uganda just to have a glance at him.

Zakayo’s legacy launch was attended by many including the environmental conservationists, officials from the Ministry of Tourism, Wildlife and Antiquities, the Uganda Wildlife Authority, the Makerere Tourism Association, the new UWEC ambassador; Ms Marion Nakku and the UWEC staff.

Prior to the launch, guests were taken through a mini-tour guide of UWEC where they witnessed feeding sessions of chimps, accommodation of the various animals, as well as Zakayo’s graveyard. Other officials such as Mr Alex Asiimwe, the former Uganda Tourism board CEO, also echoed Zakayo’s legacy and thanked UWEC

for having maintained the wildlife centre green despite receiving thousands of children flocking the center.

Mr David Musinga, the UWEC manager of education and information also acknowledged that Zakayo was a unique species, not only locally, but also internationally. He said they introduced a junior Zakayo to be the successor. US national, Mr James Hutchins, the executive director of Jane Goodall Institute, implored all stakeholders to uphold and restore the wildlife habitat. Zakayo was the oldest known captive in Uganda. He was the head of all primates as well as the conservation idol of the Uganda Wildlife Education Centre and in Uganda at large. Zakayo was captured from Semuliki National Park Uganda in Bundibugyo (South Western Uganda) on June 10, 1964, by an expatriate who confiscated him from the people who had illegally held him. He was estimated to be one year of age At 13 years; the expatriate surrendered him to Entebbe zoo on 19th June 1976 because he had become so aggressive to be kept as a pet.

Zakayo’s story is so interesting; he was the first chimpanzee at UWEC who was put in a cage for visitors to see. At some times travellers would tease Zakayo by offering him alcohol and cigarettes to smoke, which made him very excited and happy.

Zakayo was popular among his fellow chimpanzees because he was caring, and a lover of peace and harmony. He never disrupted nor interfered with the transfer of leadership neither could he involve self in aggressive displays or fights. Zakayo was the Alpha male (leader) from 1970s to 2011, when he handed over power to Matooke who was later toppled by Aluma. Although he has no-longer been the Alpha male- a super active individual, he has seen the rise of Matooke, Aluma and Onapa challenge each other for the alpha male position at UWEC. Much as Zakayo had lost his leadership and dominance to the energetic ones, the old chimp attained high respect from the family,

Zakayo who has now been a grandfather retained the authority to instil peace and order in the family settling all the fights and misunderstands in the family. Also, zakayo would make sure all chimpanzees at UWEC entered and exited their cages at the right time.

Before he passed on, he had succumbed to chronic ‘Gastroenteritis’ due to his old age making him highly susceptible to opportunistic infections. ‘Gastroenteritis’ is a condition of persistent vomiting and diarrhoea caused by either viral or bacterial infection.  He had also become senile due to his past history and lived at UWEC for 42 years. He left behind 2 wives; Amina and Ruth as well as a toddler.

Chimpanzees have a life span of about 60 years in captivity, and 45 in the wild. Zakayo died at 54 surpassing their normal life span.  Zakayo died a highly respected member of the 18 UWEC Zoo chimpanzees. His body was preserved in the zoo for tourism purposes and only his intestines were buried.

Similarly, UWEC had another famous icon called Letaba. Letaba is a fallen hero whose name means “Happiness” in Zulu Language. Letaba was aged 10 at the time he passed on and he was the ambassador of the Conservation Education Program.  It is reported that whenever it roared, you would think the clouds on the sky are preparing for the rain to fall. Letaba was donated to Uganda by the director of the South African Lion Park, Mr Mark Fynn, who was impressed with the work of UWEC. Letaba was six-year-old at the time of donation from South Africa sent to replace the deceased Kibonge who passed away last year at 18 years. Kibonge, who passed in November 2014, was Uganda’s oldest lion at the Centre and the only male at UWEC. Letaba was valued at 35 million shillings was donated to the centre to help it inbreeding more lion species in the country to cater to the dwindling numbers. 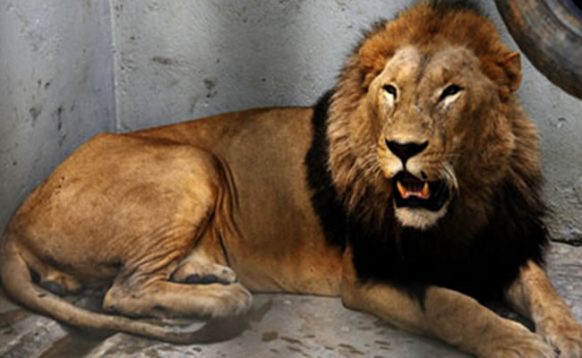 The Executive Director UWEC James Musinguzi explained that they were seeking for 200 million shillings to set up a conservation centre for animals in the cat family. Animals that make up the cat family include the lion, leopard, cheetah among others and are said to be the biggest tourist attractions world over. Letaba died as an ambassador of the Conservation Education Program. Musinguzi said this was to help them establish a centre that would provide more space for the animals and provide an opportunity to more Ugandans to see animals without necessarily visiting the park.

Letaba was donated in May 2014 before Kibonge passed on but the process of transporting him took long than expected. The problem was compounded when the Convention on International Trade in Endangered Species, CITES tightened the conditions for export of endangered species. However, both the Ugandan and South African authorities completed the process by February 2015 and put in motion the relocation process. Letaba, touched down at 2:00pm on Saturday afternoon aboard South Africa Airways and was handed over to the UWEC management shortly after.

James Musinguzi, the Executive Director UWEC reported that the arrival marked the new era in Lion conservation efforts. He testified that Uganda has less than four hundred lions then and the arrival of the male lion would help boost the numbers at the zoo, which can then be reintroduced in the wild.
UWEC unveiled Letaba following the death of Kibonge that died at the age of 18 in November 2014. The life span of lions is between 10 to 16 years.

How did Letaba Die? / What caused Letaba’s Death? 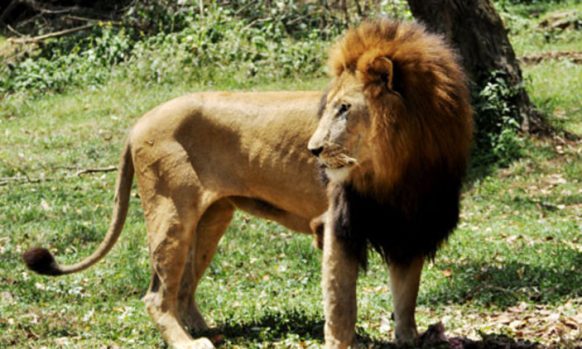 The Outreach Conservation Education Officer who led the team for this Conservation Education Program activity during the Empango celebrations of Toro Kingdom reported that on their way back from Fort portal at Kalenga village in Mubende district, the transport truck swerved off the road leading to the collision of animal crates. In the process, the lion escaped from his crate to a nearby community animal farm.

Following his escape, the Uganda Wildlife Authority rangers (UWA), Uganda Police and community leaders were alerted and immediately rushed to join the Uganda Wildlife Education Centre staff to start the search for the Lion as a joint team.
After the joint efforts, Letaba, was later on cited in the community on the 13th September 2019 at round 7:00 am. However, the lion was highly charged and had already killed 3 pigs and injured 1 cow. The Veterinary Doctor tried to dart him but all in vain since he was already disturbed, dangerous and threatening human life. After several consultations from all concerned, a painful decision was made and this was to put him out of action at 9:00 am. This is how he died.

Thereafter, Letaba’s corpse was transported back to the Uganda Wildlife Education Centre for postmortem. A detailed report of the postmortem will be made and shared with responsible authorities.
It is a very sad situation on the side of UWEC losing one of our iconic animal species and an ambassador of Conservation Education in Uganda. However, they appreciate the great collaboration of the Uganda police, UWA rangers, community leaders and members who greatly provided support in the tough operation. James Musinguzi thanks God that no human lives were lost in this incidence. 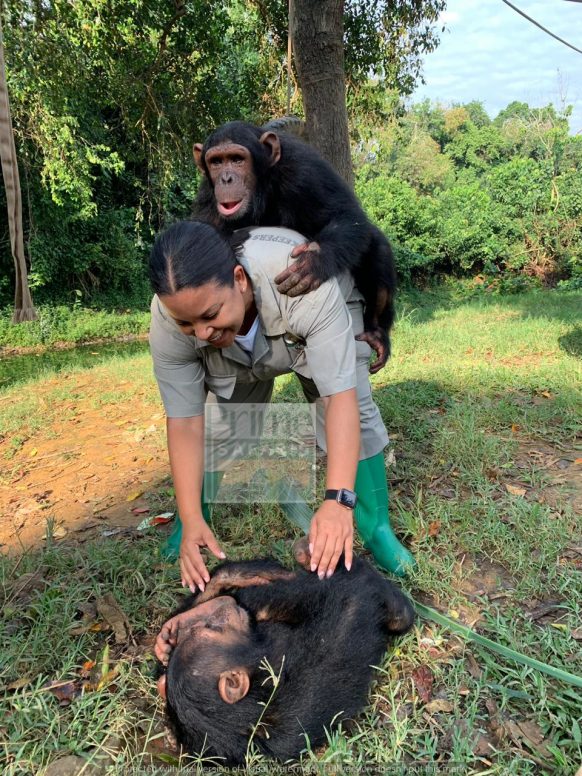 Interested in visiting UWEC, we can organize for you a 1 Day Entebbe city tour/1 Day Entebbe day tours/ Entebbe city tour for travellers interested activities like the Behind the scenes tour, chimpanzee close up and many more. With the Behind the Scenes Experience, visitors are able to observe the animals at the close sight as the animal keepers feed them, carry out health checks. Animals such as Rhinos, Giraffes, Lions, and Chimpanzees are popular on the menu. Visitors get the chance to take part in the food preparation, visit the pharmacy among others. The Centre has numerous Conservation education including internship and volunteer programs on and off-site for both Ugandans and foreigners.

When you look at a sample of our trip advisor reviews, a good number of tourists who safari to Uganda have a lot of adventure stories to tell about their experiences especially those that engage in Uganda gorilla safaris, Uganda chimpanzee trekking safaris, bird watching safaris in Uganda, Uganda wildlife safaris, Uganda day tours and many more.