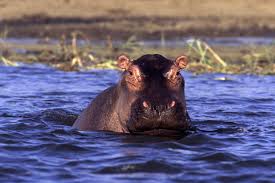 stry of Tourism in Uganda, which is led by Hon. Maria Mutagamba, came into contact with the manager of European Airlines in order to support the revival of Miss Tourism in Uganda in order to increase Uganda safaris; this will help in improving the revenues of the country and also developing the tourism sector.

The campaign of Miss Uganda is mainly to help in marketing Uganda to the outside world; this will help in increasing safaris to the country, which will help in developing the tourism sector since the revenues will certainly rise.

There are many airlines which have come up to support the campaign since they will also benefit in the increased number of safaris to Uganda. These airlines included Brussels Airlines, South African airlines and many others; this has helped in financing the events which have been taking place in Uganda about the campaign.

The minister of Tourism in Uganda said that this event will help in promoting Uganda’s tourism since many people all over the world will come to know about the tourist attractions with in the country and these will be visited by many tourists who will increase safari visits to Uganda.