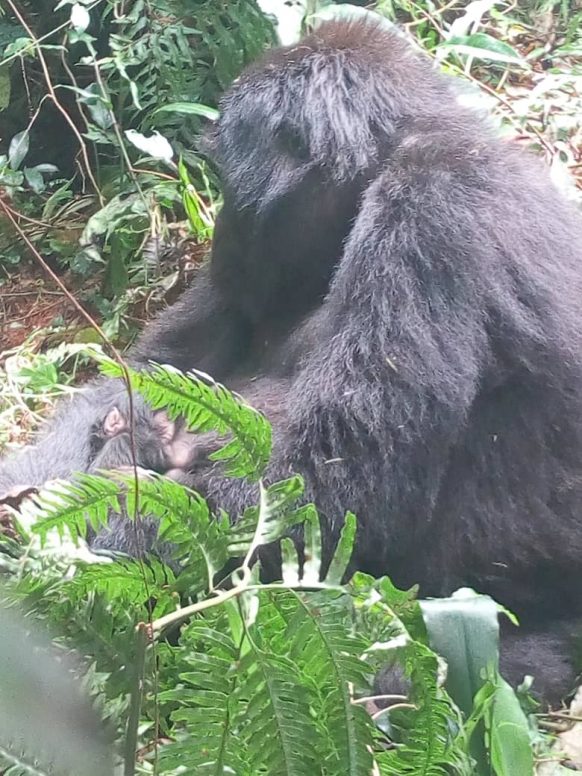 Today afternoon (Thursday 7th November), the Uganda Wildlife Authority expressed unforgettable joy as it celebrated the birth of the second baby gorilla in the Mubare gorilla family in Bwindi Impenetrable National Park Uganda. The Uganda Wildlife Authority revealed that Karungi; gave birth to its baby at around 1:30 pm and the two are in good condition though the sex of the baby is not yet revealed.

History/ About the Mubare Gorilla Family 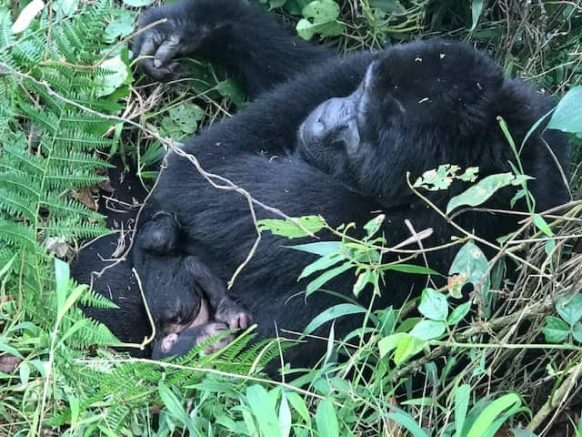 This Uganda gorilla trekking safari family was the first group of mountain gorillas to be habituated. Its Uganda gorilla habituation process by the Uganda Wildlife Authority started in 1991. Habituation is the process through which gorilla get used to being in contact with humans. On 13th October 1993, it was opened to visitors interested in Uganda gorilla tours. It was first tracked around the Mubare hills that are to be found deep in Bwindi Impenetrable forest. The group was named after the gorgeous Mubare Hills in which this group was first seen.

In 2009, this Uganda gorilla safari family went through its hardest moment in life as it lost some of its members. Early in that year, one of the adult females passed away because it had a fracture on the skull. The deceased adult female behind a wee infant of six months, however the group tried to care for it. Later on, the baby too was found dead on Ruhondeza’s bed by a group that had gone for its gorilla trekking Uganda tour one morning. At the time of death, the little had not been weaned and couldn’t eat.

From its 18 original members, the group constantly continued to lose other family members until they were only five members left. In 2012, this gorilla trekking Uganda safari group was still under the rule of Ruhondeza. In March 2012, Mubare was attacked by a wild unhabituated gorilla group that defeated Ruhondeza and toke way some females from the group leaving the group with a few members, about 6. 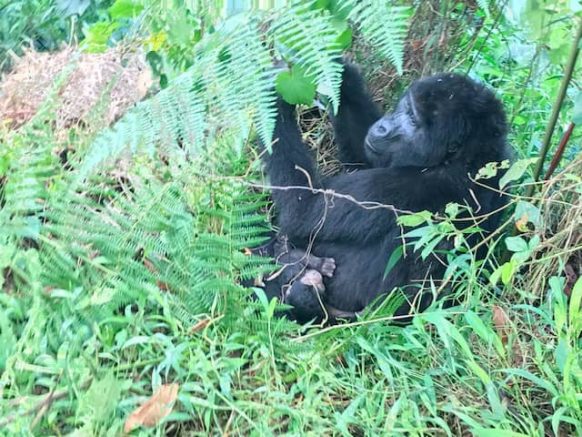 After this incident, Ruhondeza was so frustrated and quit the leadership of the group. He left the group alone and took refuge in the nearby community forest in Rubona village. He was loved by the community so he was never chased away. The Uganda Wildlife Authority too kept on monitoring him. He was instead protected until his last days on earth. Since Ruhondeza had left, there emerged a blackback known as Kanyonyi; the successor who immediately undertook an exercise of expanding the family and bringing back the family glory. Because they had been previously attacked, he also attacked another family increasing their family members to 9. He is so aggressive and we are sure he will expand the group further.

In 2013, Ruhondeza, unfortunately, passed on. He was given a very decent burial near the Uganda Wildlife Authority headquarters. If you happen to visit Buhoma during your Uganda safari/ Uganda tour for a gorilla safari Uganda, kindly ask your Uganda safari tour guide to show you the grave of this great silverback.

Mubare has now updated it group number to 11 members including the new babies of Karungi and Businza.

Mgahinga Gorilla National Park has one gorilla family called Nyakagezi however, there are others under habituation. Nyakagezi is trekked by visitors interested in Uganda gorilla safaris.

Other parks in Africa which harbour the Mountain gorillas include the Virunga National Park in the Democratic Republic of Congo. As of September 2016, there are 8 habituated gorilla groups open to tourists interested in Congo gorilla safaris. The groups are Kabirizi, Humba, Rugendo, Mapuwa, Lulengo, Munyaga, Nyakamwe, and Bageni. Each group has got a unique story to tell.