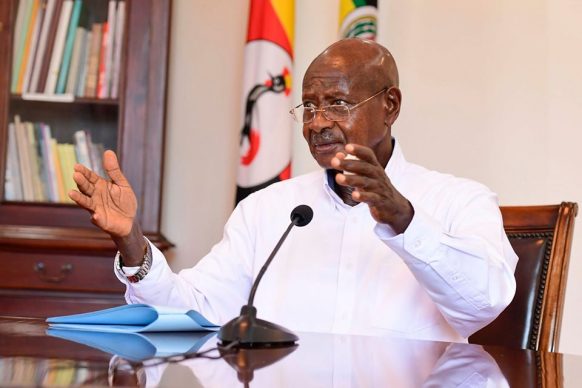 Following the struggles of preventing the viral novel coronavirus (COVID-19) disease from spreading around the world, the World Health Organization released a statement that it is a Public Health Event of International Concern (pandemic). At the moment, at least 8,648 people globally have died from COVID-19, as the illness is officially known, while more than 207,000 infections have been confirmed in at least 166 countries and territories, according to the World Health Organization.

Luckily enough, there are no confirmed cases of Coronavirus in Uganda. People that had been quarantined for further investigations tested negative. This shows that Uganda is still safe from the virus.

Following the fear that had arose amongst Ugandan Nationals, the president of Uganda addressed the nation on this disease and these are details; Fortunately, after the president listening carefully scientists and watching commentators in the countries where Coronavirus is already active, he realized that COVID19 has about two characteristics that will help Ugandans to survive it and defeat its spread.

The Cabinet, under the President, sat, on Monday, the 16th of March, 2020, sat and decided as follows: 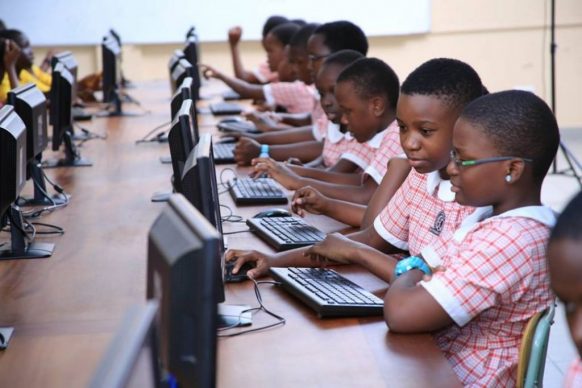 President Museveni ordered the closure of all schools (kindergarten, primary & secondary), tertiary institutions and universities for one month starting Friday 20th March 2020 at Mid-day. He reported that there are over 10.7 million children in Primary schools, 2 million students in Secondary schools, 314,548 students in the Universities and Tertiary Institutions (Technical Schools, Teacher Training Colleges, Vocational Schools), etc.

All these gather in over 50,688 study points. To reduce these concentration points, he said, it is wise to temporarily close all the Primary and Secondary schools as well as all the Universities and Tertiary Institutions for one month so they breakdown into fewer concentrations. 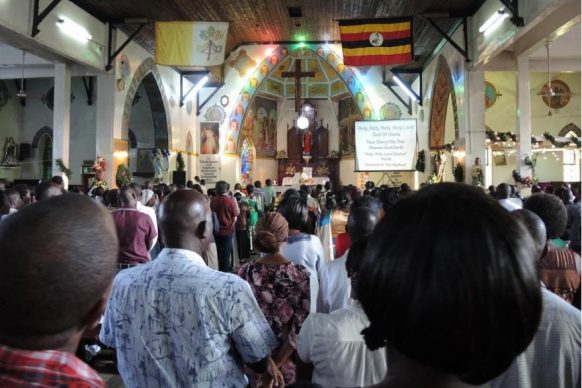 In the interest of people’s health, the President of Uganda; HE: Yoweri Kaguta Museveni suspended all religious gatherings in the country for a month with immediate effect. These include; prayers in Churches, in Mosques, open-air prayers, and services on Fridays, Saturdays, and Sundays. This is to reduce the spread of the virus to people through gatherings like that. “If there is no danger after one month that will be good. If there was danger, we would have avoided it”, he said.

He further urged people to continue with their Prayers in their respective homes. “Religious leaders can use the TVs, Radio stations to continue preaching. His Holiness, Pope Francis, as usual, set a good example of enlightenment on this by abandoning his customary preaching in St. Peters’ Square and is instead, using the TV,” he clarified.

HE: Yoweri Kaguta Museveni banned all the political and cultural gatherings; Public rallies, conferences, elections, etc. “All these are hereby forbidden for 32 days with immediate effect”, said the president. 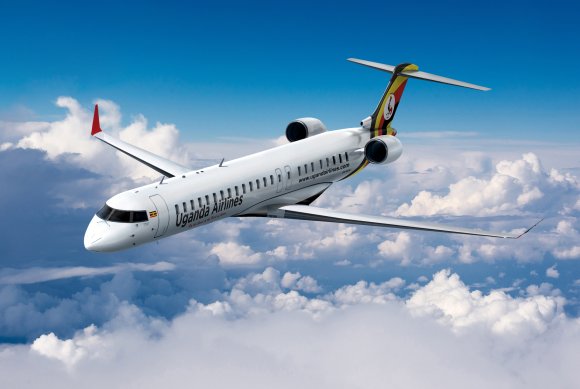 President Museveni extended his sympathies to those countries that have already been affected and commended them for fighting on the behalf of the human race. Up to today, the 19th of March, 2020, Uganda, by the mercy of God, has been spared by not having even one case confirmed of the corona-virus despite the false alarms that our laboratories have proved false.

Foreigners going to those countries are free to do so provided they do not intend to come back within the prohibited time (32 Days).

Ugandans returning home from abroad, even from the category one countries listed above are free to do so, however, such Ugandans will be put in mandatory quarantine in a designated place but they will pay the cost for their institutional quarantine including food. To avoid that inconvenience or cost, they can sit out the storm in the country of their temporary abode.

In his speech, President Yoweri Kaguta Museveni advised that non-agricultural workplaces like factories, hotels, large plantations, markets, taxi-parks, etc should continue functioning but with SOPs (Standard Operating Procedures) put out by the Ministry of Health. These include;

Wedding & Cultural Gatherings should be postponed for 32 Days 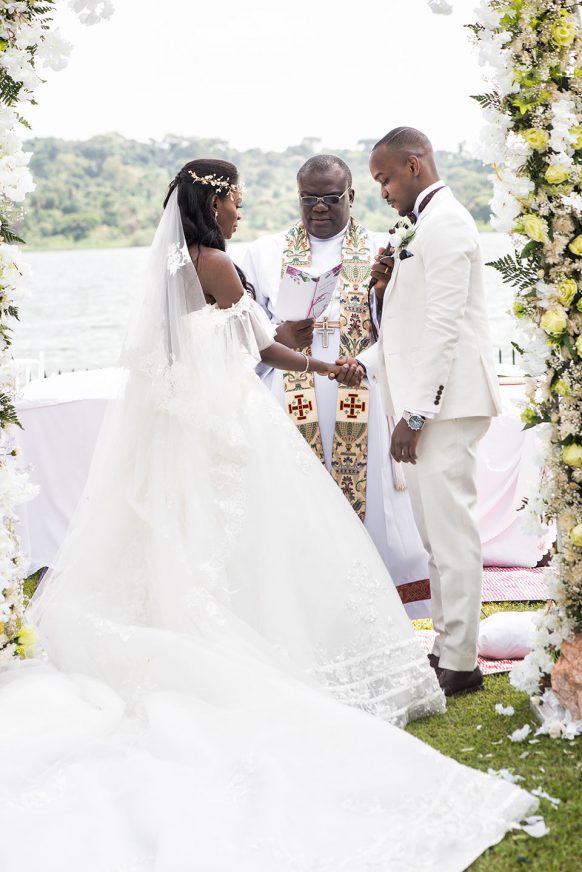 These people come from over 6 points of the compass meaning these gatherings can be a source of great danger. He, therefore, decided that the weddings of this type should be postponed for 32 days. However, the couples intending to marry in a hurry could go for a purely scientific wedding; only involving the core stakeholders who are: the bridegroom, the bride, the best man, the assistant to the bride (matron), the Priest (or the CAO), etc., as long as the number is less than 10 people.

Funerals to be attended by a few people 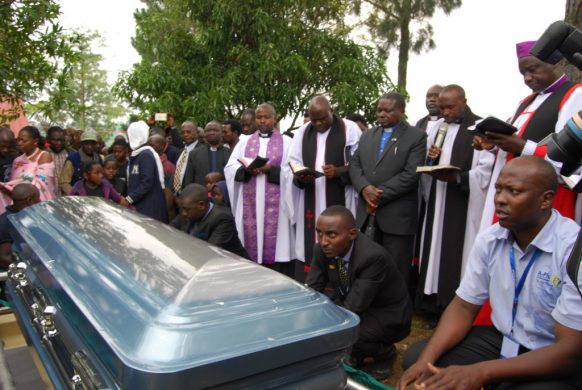 He said that funerals are another point of acquiring coronavirus because relatives, friends, associates, neighbors, etc., turn up in big numbers. Many people could be infected there if such gatherings go on.

However, he said, “We cannot ban or postpone burials for 32 days. It would not be rational. We, therefore, recommend that the burial is done by the relatives who are nearby.”

“If the deceased is, however, suspected of dying from the corona-virus, the State will take over and bury the person in a scientific way without the involvement of the family as it was for the Ebola victims.” Said the president.

The farmers; the crop people, the cattle keepers, and the fishermen should all observe the hygienic practices recommended in this and subsequent communications. The president requested the Technical Committee on Health should study more the issue of the fishermen and evolve appropriate SOPs.

Public Transport should be avoided if possible 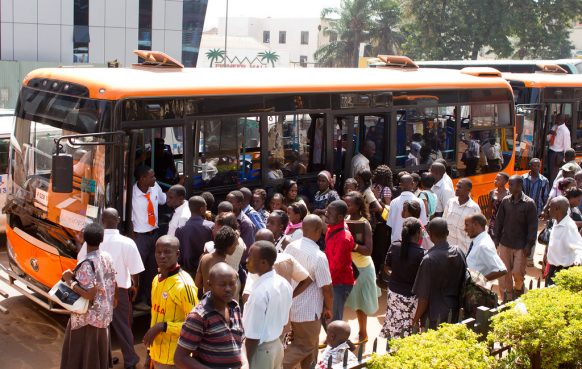 The president highlighted the danger of using these public means of transport. Many people sit next to one another in the confined space of the vehicle yet traveling for long distances. He, therefore, advised Ugandans not to travel unless it’s necessary, especially if you are using public transport”. Public transport includes; the boda-bodas, the taxis, the buses, the mini-buses, and the trains.

Additionally, the companies that operate these means of transport should be given mandatory SOPs by the Ministry of Health: hand-washing, not allowing sick people on board, temperature monitors, etc. With these precautions, public transport will continue. However, in the event of an outbreak in a given locality, public transport in that area will be forbidden and the area will be isolated.

Merry Making Points; Discos, the dances, bars, sports, music shows, cinemas, and concerts should be closed for a Month 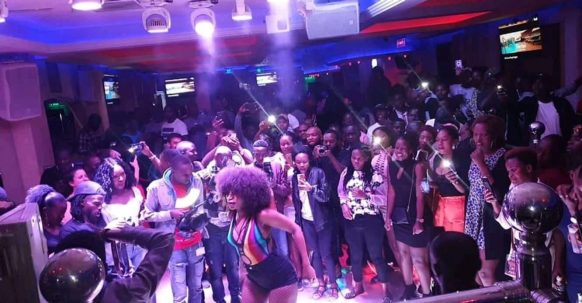 Merry-making points like Discos, dances, bars, sports, music shows, cinemas, and concerts are very dangerous gathering points with the virus around. “Drunkards sit close to one another. They speak with saliva coming out of their mouth. They are a danger to themselves.  All these are suspended for a month.” He said.

In conclusion, he assured Ugandan’s that Uganda is prepared. “We have isolation centers. We have long had the testing capacity within the country ever since the first Ebola days. We have some factories providing hand sanitizers and we are going to have more. Some factories will start producing face masks of the different types.

His Advice to Ugandans

Advice to Travellers – Postpone your trip, Do not cancel

We are aware that many travelers and Uganda Tour Operators like prime Safaris & Tours Ltd have been affected by this virus. Tourists have canceled their safaris in Africa e.g. Uganda safaris because their countries are in category 1. Flights have been grounded in some countries so transport to other countries is not easy. There are many strict regulations that countries have put in place to regulate the spread of the disease including self-quarantine at your expense.

We, therefore, advise tourists that had booked Africa safaris to postpone their Uganda tours, Rwanda trips, Kenya safaris, Congo tours, Tanzania safaris or any other tours in Africa to a later date when the situation is calm than making a huge loss of money.