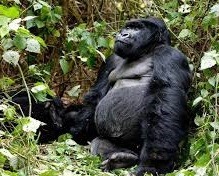 rism is the act of promoting tourism in an area without impacting the environment. This activity has been carried out in Rwanda and this has helped in conserving and preserving of the national parks which harbour wild animals. These animals have greatly attracted many safaris to Rwanda.

Rwanda’s national park managements have greatly encouraged and promoted Eco-tourism since it helps in maintaining the environment and also preservation of the animals in their habitants, this has greatly helped in increasing the number of wild animals in the national parks especially the mountain gorillas which have also attracted gorilla trekking safaris to Rwanda and this has helped in improving the tourism sector.

There are many Eco-tourism sites which have been set up especially in the national parks to help in conserving of the animal habitats, this is a good practice which is enjoyed and practiced by many national park management personnel s.These practices have greatly helped in increasing safaris in Rwanda.