Selous Game Reserve is one of the largest fauna reserves of the world, covering a total area of 54,600 km2 (21,081 square miles) sitting south of Tanzania. Selous stands as the largest game reserve in Africa situated in southern Tanzania safari circuit and the second largest conservation area in the world after Northeast Greenland National Park. The Serengeti National Park is known to be one of the best wonder destinations but still not bigger than Selous Game Reserve.

The game reserve derives its name from the Englishman Sir Fredrick Selous, a famous big game hunter and early conservationist, who died in 1917 at Beho Beho area of this territory. In 1982, Selous Game Reserve was designated a UNESCO World Heritage site due to the diversity of its wildlife and undisturbed nature so magnificent for a Tanzania wildlife safaris sighting. 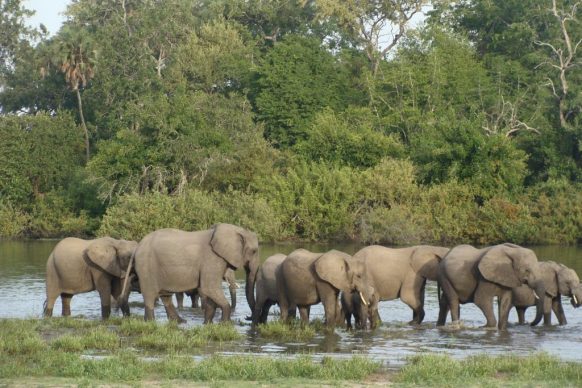 The reserve is home to typical savannah animals such as Elephants, Hippopotami, the rare African wild Dog and crocodiles, which are all found in larger numbers compared to any other African Park. With a lot of surprises, the largest concentration of elephants (110,000) and the largest populations of buffalo herds on the continent of Africa is known for calling Selous home. A side from being home to the biggest number of elephants and buffalos, on Tanzania safaris tours to Selous be ready to meet more wildlife. The hippopotamus, lions, brindled gnu, Nyasaland gnu, sable antelope, eland, greater kudu, waterbuck, hartebeest, zebras, giraffe, reedbuck, warthog, spotted hyena, lion, leopard, hunting dog can be seen. For sightings of the African bush elephants, black rhinos, East African wild dogs, Cape buffaloes, Masai giraffes, Plain zebras and crocodiles a wildlife safari in Tanzania’s Selous is the best option. 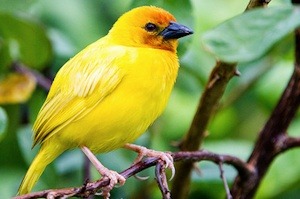 Selous Game Reserve is a prime Tanzania birding safari destination with over 440 bird species. The river banks offer important habitat for resident and migratory birds. Common birds in the Selous Game Reserve are waders and weavers. Some of the bird species you can see in this area include the Crested Lark, Kingfishers, Herons, the Southern Ground Hornbill, African Snipe, Green-headed Oriole, Bataleur Eagle, Knob-billed Duck, Geese and many more. During the dry season you might see the African skimmer nestling on the river’s sandbanks and Fish Eagles sitting on wild palm trees.

The greatest part of a Tanzania tour to Selous Game Reserve, is the boat cruise in the waters of Rufiji river as you sight wildlife. For those who want to have a safari in Tanzania’s Selous what you see there is a vast home to wildlife that seem to be in an old age world. Much as the typical game drives are only allowed during the day time, you will only find some of the best boat safaris in Africa

The Selous being a classic dry season park. The best time to visit is during the months of July to October as there are many animals that gather in this park. For the season you visit, the game gradually improves. Game viewing is only very good throughout the year and in particular areas.

The animals move away from the fertile feeding grounds during the months of January to February and this is the time for you to wisely choose your place of camping. Whilst, this is the perfect time for the best Tanzania birding safari in Selous.

A safari can’t be any better than a visit to a park that is much bigger than some countries, you have the chance to room around just like you are in a new world. A visit to Selous is always tailored by many tourists to other destinations not only in Tanzania but also to other East African countries. Adding on a Uganda gorilla trekking safari or Kenya safari to Masai Mara Game Reserve is much rewarding. From Tanzania a tourist can also connect for a luxury safari experience on a gorilla trekking safari in Rwanda. All of these can easily be tailored with chartered flights that connect the region. its also wise to tailor your trip to a Uganda tour/tour Uganda or safari to Uganda for a gorilla trekking adventure or wildlife safari.