Serengeti National Park sits northwest of Tanzania bordered by Kenya’s Masaai Mara National Reserve to the North, Ngorongoro Conservation Area to the southeast and Maswa Game Reserve Tanzania in the southwest. To the west is Ikorongo and Grumeti Game Reserves and to the northeast and east lies the Loliondo Game Control Area these all form the larger Serengeti ecosystem, a place like no other for an African safari. Serengeti is part of the Northern Safari Circuit attractions along with Lake Manyara National Park, Tarangire National Park, Arusha National Park and the Ngorongoro Conservation Area.

The park covers a geographical area of about 14,750 square kilometers and area that gave it reference to as the almost endless plains. Serengeti plains are filled with riverine forest, grassland plains, savannah and woodlands dotted golden in the dry season and forming a green carpet in the rainy season.

Massai people who had been grazing their livestock in the open plains of eastern Mara Region, started the idea of naming the park when they referred to it as “endless plains.” The name Serengeti is a supposition used by the Maasai to describe the area, as a place where the land runs on forever.

The idea to gazette the area as a park started after the first American, Stewart Edward White arrived in 1913. He recorded his surveys in the northern Serengeti, returned in 1920s and camped in the area around Seronera for three months. During this time, he and his friends shot 50 lions. Lion hunting made them scarce and therefore the British colonial administration made a partial game reserve of 800 acres (3.2 km2) in the area in 1921 and made it complete in 1929 when the basis for Serengeti National Park was set.

The park was later established in 1951. In an effort to prevent wildlife, the British evicted the resident Masaai from the park in 1959 and moved them to the Ngorongoro Conservation Area. The Serengeti gained more fame after the initial work of Bernhard Grzimek and his son Michael in the 1950s. Together, they produced the book and film Serengeti Shall Not Die, widely recognized as one of the most important early pieces of nature conservation documentary.

What to see / safari attractions in Serengeti National Park 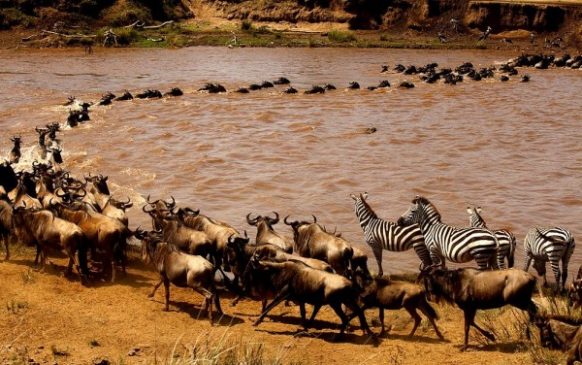 Here is a profusion of wildlife including the Big Five (lions, leopards, rhinos, buffalos, and elephants) and the largest terrestrial mammal migration in the world. You might have seen the big five but not in a magical way like how it happens in Serengeti. Encountering the big five African wild animals is each Tanzania tour tourists’ dream because it’s rare to sight all of the big five in a single habitat.  The park hosts the densest lion population in Africa with about some 3,000 lions seen. The other animals in the park include the giraffe, eland, topi, impala, Kongoni, cheetahs and grant’s gazelle.

Serengeti is the best safari park to witness the stunning annual great wildebeest migration. The wildebeests, also called gnus, are a kind of antelopes, and belong to the family Bovidae, which includes antelopes, cattle, goats, sheep and other even-toed horned ungulates. They migrate annually across the Serengeti in Tanzania and Masaai Mara in Kenya with the most dramatic moments when they cross the Mara river. 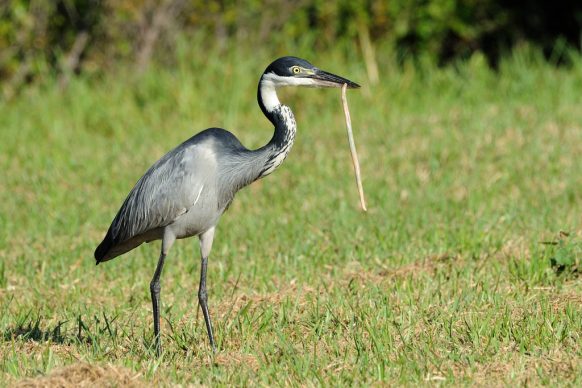 Want to learn about the history of early man, Olduvai Gorge also known as Oldupai Gorge is the best place. This site is famous as the spot where Leakey’s discovered human fossils and tools dating back to over 2 million years ago. Over 60 hominids fossil remains have been discovered in this area and most of the archaeological findings are found in the small oldupai museum. The gorge is a steep-sided ravine 30 miles long that helps shed light or give a better perspective of the intelligence of the first humans.

The Masaai /Masai around Serengeti National Park are a proud nomadic warrior race who count their wealth in cattle and children. The Masaai culture is rich and unique, they extend a welcome to visitors from the camps in the Park in return for support of their village, schools and health centers. The Masaai are friendly and generous hosts who will share with you their native dance, melodies, dramas and experiences. The male Masaai warriors wrap themselves in red cloth cloaks and spears as the children wear the rich bead collars. 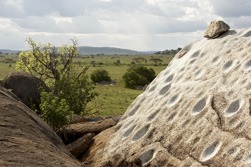 Kopjes are interesting weathered gigantic rock formations that rise out of the plains like little mountains. These rock formations in central Serengeti provide shade, small water pools, and a great point for many animals, including lions, leopards, and cheetahs. The Moru Kopjes in the southern part of the park are the most frequently visited kopjes and the best place to spot a black rhino in the Park. Other Kopjes include Bolela Bontemi Kopjes in the south western border, Mwanakenda kopjes and Simba Kopjes inside the park.   For the best of your Tanzania wildlife tour, the Kopjes are the best place for game viewing as the animals get relief from the harsh plains.

Visiting Tanzania and not taking time to reach Serengeti is a less rewarding safari. Beyond the boundaries of Tanzania, a Uganda gorilla trekking safari or gorilla safari Rwanda is a perfect way to tailor your safari.On a Uganda safaris or tour Uganda, you will have the chance to see various wildlife species and bird species. On a Uganda tour or safari in Uganda, you can also get a glimpse of the tree climbing lions.

Visit Serengeti and have the ultimate African safari