Are you a high adventure enthusiast? A Uganda safari to River Nile is what you need for a perfect adrenaline raising adventure. 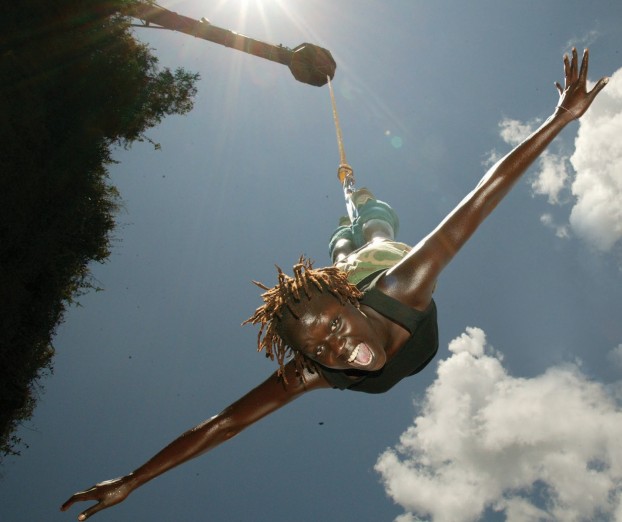 Bungee jumping at the Nile river

River Nile has its name originating from a Greek word Neilos which means “river valley” therefore the name River Nile. The River Nile starts its calm snaky journey from Uganda leaving Lake Victoria-the world’s second fresh water lake at Ripon falls near Jinja-Uganda’s former industrial town.  The European explorer John Speke during his Uganda tour was the first explorer to discover the source of the Nile a few meters from Lake Victoria with bubbles from underground at this point to attest to the true source. Of course, other countries have claimed the source of the Nile, but yes!! This point proves them wrong. The question about the longest river is debatable but for long the River Nile has been credited for being the world’s longest river.

The Nile River has two major tributaries which are the White Nile also known as Victoria Nile and the Blue Nile. 30% of the White Nile waters that has prompted many adventure seekers to safari Uganda come from underground a few meters from Lake Victoria and 70 percent is contributed by other sources with Lake Victoria as the biggest of all the sources.

World class white-water rafting, the best in Africa to up to 6 bumpy rides is at the Nile river. The grade 5 wild raft has left many tourists after an adventure safari in Uganda longing for nothing else but more, more and more of the water. White water rafting though is not for the feint hearted. This heart pounding activity that will get you “a little” wet is perfect for either a family, first timer or a passionate adrenaline raising tourist.

Touch the source of the Nile from the top. One of the most spectacular bungee jumping platforms in the world Is on River Nile; so interesting as you dive 44 meters in to the Nile. The full body harness allows you to somersault from the edge or choose any form of freestyle that will give you the best bragging rights for your memorable Uganda adventure safari photographs.

There is no perfect adventure than one in the cool waters of the Nile river waters. Be daring and experience the best of excitement that the water holds.