The countries of Uganda, Rwanda and Congo have renewed their joint conservation efforts 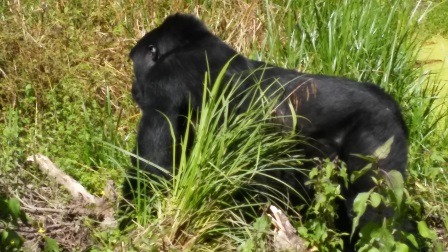 The destinations of Rwanda, Uganda and then DR Congo have again reached another landmark after renewing their efforts to undertake the joint conservation of the fauna and flora found in the Greater Virunga Conservation Area where Rwanda gorilla trekking safaris and Uganda gorilla safaris not forgetting the gorilla safaris in Congo take place.
The three mentioned countries are known world over to be the sanctuaries of the rare species that are globally critically endangered – the Mountain gorillas. As a result the countries are faced with the situation of increasing the number of these species, ensure the protection of what is existing and eventually make sustainable use of them such as promoting tourism which has in turn given birth to gorilla safaris in Uganda and in the other two countries.
In the previous week, the three countries reached consensus on jointly exploiting the potentials of tourism and the attractions along with undertaking of joint mechanisms for promoting tourism in the Greater landscape of Virungas. The trans boundary alliance comprising of these countries renewed the treaty that has been in operation from 1991 aimed at promoting the integration and the economic vibrancy that cherishes high end tourism offers including the gorilla trekking that is highly sought after by the world travelers that plan gorilla safaris to Uganda and in the two partner states.
The treaty is viewed as a significant tool towards the common heritage protection for the counts of people thriving in the greater landscape of Virungas. The treaty also allows the partner states to undertake a comprehensive strategy that will bring into a balanced share funds distribution and mobilization towards the endangered species protection.
The Virunga massif is known to be sheltering the count of 480 mountain gorillas which is considerably more than the a half of the entire world population of mountain gorillas that is given at 880. Considering the fact that the lifespan of these gorillas can hardly exceed 45 years and that the female gorilla gives birth to 1 – 6 off springs, the conservation of these species is rather more demanding than any other.
This is viewed as reinforcement to the efforts of ensuring the continuity of mountain gorillas. Uganda features Mgahinga Gorilla National Park sheltering her part of the Virunga massif and this park supports one gorilla family Nyakagyezi that is always explored by travelers on gorilla safari in Uganda.