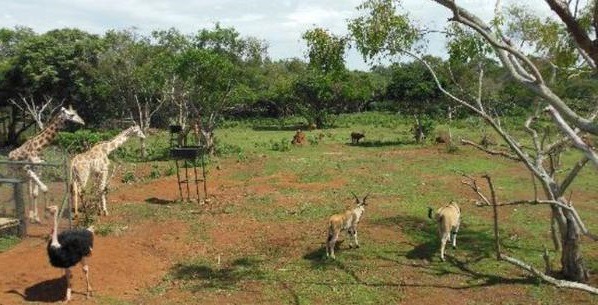 The Uganda Wildlife Education Center (UWEC) which is one of the popular Uganda safari destinations has been listed as the number one zoo in the East and central Africa presenting a mood of rejoice and thanks giving to the stake holders that keep it moving.
The Entebbe zoo has thus been appointed as the coordinator of all aquariums and zoos in the central, east and West Africa region under the command ship of Pan African Association of Zoos and Aquaria (PAAZA). The zoo will thus be necessitated to set and popularize the international operational standards of the Zoos. The Entebbe zoo selection follows the excellent performance that was attained by this facility always visited by travelers on Uganda safaris during the just concluded International zoo Audit that was carried out by three popular zoo Auditors.
The three person includes the Director of African Association of Zoos and Aquarium in South Africa John Wrath, primate specialist Katherine from the Johannesburg and South Africa’s Mark Howitt. The report from the Audit indicated Entebbe Zoo is not only located within the natural forest surroundings not only ensuring the protection of natural surroundings but also the placement and layout of the enclosures. The report commended Uganda Wildlife Education Center to be promoted, protected & inclusion of the natural habitat running under the theme the display and promotion of Uganda’s Wildlife heritage. This has aroused a lot of interest amongst world travelers to undertake safaris to Uganda The report also suggested that the educators given as guides have to be stationed at various enclosures to give a themed interpretation to the visitors including those on safari in Uganda. The guides would also help address the people’s bad behaviors and encouraging them to have respect for wildlife.
UWEC was also described in the report as having a beautiful setting that has got attracting enclosures to the visitors on Uganda safari. The report further acknowledge that the Entebbe Zoo play a key role in conservation and education. The Audit was conducted in the month of March and featured various areas including documentation, management, visit facilities personal and public safety and parking space. The others are included hygiene, veterinary care, feeding, animal facilities, animal transactions, animal training and contact, conservation among other aspects. In these aspects, UWEC performed very well something that has forms a rich ground for this prestigious elevation.
Uganda safaris/Uganda safari News
Prime Uganda safaris & Tours Ltd