The river nyamwamba in kasese; a mystery beyond flooding – Uganda safari news 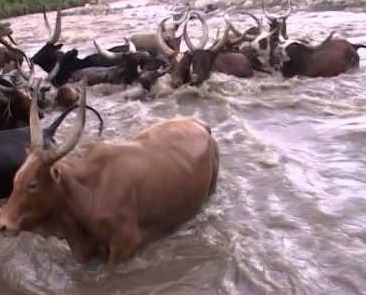 Kasese is one of the heavily visited Uganda safari destinations considering its proximity to the legendary mountains of the moon and the rolling savannah plains of Queen Elizabeth National Park which is the most popular park always encountered by travelers on safaris in Uganda. It has the remarkable River Nyamwamba flowing from the glacial peaks of Rwenzori Mountains flowing past the town of Kasese in Western Uganda. And of recent the River had been in the news due to its continued River flooding that have always destroyed people’s property and lives making it hard to live closer to its banks.
People would wonder whether there is any other mystery that could be beyond just flooding. The traditions of the Bakonzo are clearly taping into this thinking. It is believed that serious shining in the area is an indication that the River will consume someone and as a result children are barred from laying close to the River or within it something that is often passed on to the generations. At times, some who refute this warnings end up losing their lives whole others get stuck in the river until the goats and chicken are slaughtered to set them free. Other children also disappear in the river.
The Bakonjo who are a dominant tribe in the area are more into traditions and often worship River Nyamwamba. In the River, they believe that Ndyoka who is the god of all rivers resides there and when Ndyoka is unhappy of the people’s actions on the River he unleashes his anger. In May this year, Nyamwamba caused destruction but it was much worse in May 2013. Its effects can still be visible. The boulders of various sizes which it carried along which are still existing along Kasese Kabarole Highway and can be encountered by travelers on Uganda safaris and tours.
The Bakonzo people assert that the danger is arising from the fact that the spiritual mediums locally known as Batahwa who have the responsibility if cleansing the River Nyamwamba are losing their lives so fast that the community is left with no intercosor with the river. Mburamushenyi was among the most prominent Bathahwa and would study keenly the River mood, throw herbs there and sacrifice animals to calm it down but following his death, the River Nyamwamba cannot be contained.
Uganda safaris / Uganda safari News
Prime Uganda safaris & Tours Ltd