The Ruwenzori region; beyond the mountain shadows – Uganda safari news 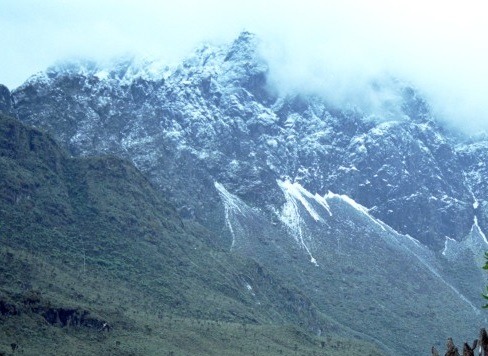 For a laid back traveler, the Rwenzori region is only featured by the mountain. Towering to 5,109m above sea level, the Rwenzori Mountain, also known as the legendary mountains of the moon has six peaks and Mount Stanley with its Margarita forming the highest point not only on the mountain but also in Uganda and the third in Africa making it a famous Uganda safari destination.
A range of travelers have made attempts to summit its peak and while some have been successful, others have been futile. The first notable person to summit its peak is the Duke of Abruzzi in the year 1906. The Rwenzori stands as the tallest mountain range in the whole of Africa since Kenya and Kilimanjaro are free standing. Surprisingly, the mountain peaks are snow-capped despite their closeness to the equator.
However, it should be noted that the Rwenzori region is beyond the mountain shadows. There is much more to offer and a great experience beyond the mountain itself. The Bakonzo Bamba people are noted to have inhabited the area for centuries past and have great heritage and traditions that they have resolved to package for the modern man to experience. Their communities of Bulemba Ihandiro and Ruboni bring out the best of these people. The Ruboni community craft village gives a detailed encounter of the craft making amongst the local women. The extension to the local Black smith and the community walk is rewarding.
The region is a home to the Rwenzori Art foundation which is the only bronze casting center in the whole of Africa. The center has a range of sculptures on display and more importantly offers a participatory experience in the casting process for travelers on Uganda safaris and tours. The region is at starting point of a range national Parks including the Rwenzori National Park itself, Queen Elizabeth National Park in the south well known for its wildlife safaris in Uganda, Semliki National Park to its north and Kibale National Park with its counts of chimpanzees which form the ground for chimpanzee trekking safaris to Uganda. This combine to make the Rwenzori region beyond the mountain shadows.
Uganda safaris/Uganda safari News
Prime Uganda safaris & Tours Ltd