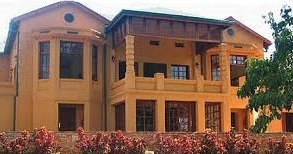 The Uganda Hotel Owners Association (UHOA) is an umbrella organization at brings together all accommodation establishments in Uganda that offer overnight stay to Uganda safari undertakers
The introduction of Value Added Tax by the government on the accommodation units including up country accommodations has been received with mixed feelings right from the time of its invention. The move is noted to have caused the hike in the accommodation rates making the destination expensive to the travelers that wish to undertake safaris to Uganda.
The current Executive Director of Uganda Hotel Owners Association Ms. Jean Byamugisha adds comes in to add the plea to the government to see the VAT scrapped off. The director notes that as of now less than 30% of the hotel room can be occupied which is not a good trend in the Uganda’s hotel industry and the tourism sector in general as the more the Uganda safaris the more the revenue generated and the eventual economic flourish.
The existence of VAT make the destination expensive and yet it has to compete with the neighboring destinations that have got similar products thus doing to its self a disadvantage in terms of destination competitiveness. Uganda has the potential to be the leading regional destination considering its diversity of culture, wild game and mountain gorillas that form the ground for gorilla trekking safaris and tours in Uganda, wildlife safaris in Uganda among other packages.
Uganda safaris/Uganda safari News
Prime Uganda safaris & Tours Ltd