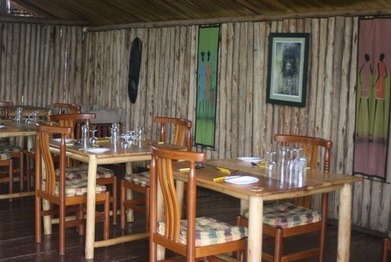 The Uganda Wildlife Authority (UWA), the body that is charged with the responsibility of taking care of Uganda’s wildlife and their habitats such as National Parks which are always encountered by travelers on safari in Uganda operates a range of hostels and canteens in all National Parks in a bid to offer cheaper accommodation and feeding to Uganda safari travelers on low budget.
However, it is unfortunate that these establishments are apparently operating under losses as laid down in the Auditor General’s Report 2014. The report indicated that the facilities gathered 341 million Uganda Shillings but the expenses were 407 million Uganda shillings. This presented a gap of 66 million shillings along with other operating overheads.
The UWA Hostels and Canteens are noted to have been making losses for close to eight years since their establishment. These accommodation units tend to charge 20,000 to 70,000 Uganda Shillings per night in the park. These low budget accommodation units targets budget travelers visiting the National Parks while on safaris to Uganda.
The idea of establishing low cost accommodation units came to yield in 2008 to enable budget travelers on Uganda safaris and tours to have an affordable accommodation as only luxury facilities existed in the parks. With this idea, the Uganda Wildlife Authority turned some of the staff quarters in the respective parks into accommodation units and in other parks new structures were put up.
However, it is unfortunate that this good idea is becoming inapplicable as the losses seem to be increasing every year. For example the 2014 year loss increased by 29 million shillings (78.8%) compared to the figured of 2012/13 financial year.
Uganda safaris/Uganda safari News
Prime Uganda safaris & Tours Ltd