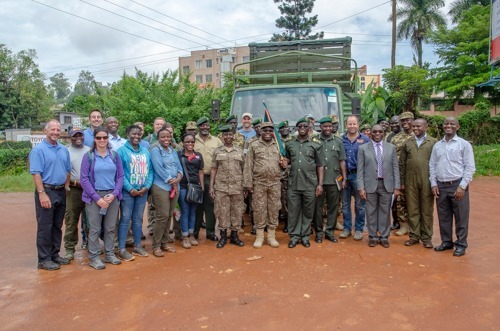 Murchison Falls National Park is Uganda’s largest and oldest Uganda safari park sitting in the northern end of the Albertine rift valley where the massive Bunyoro escarpment merges into an expansive palm-dotted savannah of Acholi land. Covers about 3,840sqkm (1,503sqmi), this geographical fraction offers a varied habitat for both Uganda wildlife tour animals and birdlife. The park is home to about 76 species of mammals, the residents of the park being the hippos and Uganda’s largest population of Nile crocodiles (along the Nile River banks). The elephants, giraffes and buffalos are some of the animals that visit the river banks regularly. The grassland supports other animals like the waterbucks, warthogs, Ugandan Kob and many more. On a game drive in Murchison Falls National Park Uganda, you have the chance to sight the big four wild animals.

Murchison falls national park is Uganda’s most popularly visited park and this is because of the many attractions and activities in the park. No tourist wishes to miss an opportunity to safari the world’s most powerful waterfall surrounded by amazing wildlife and beautiful birds. When there’s a lot to do then there’s a lot more of what to do in Murchison Falls Park. 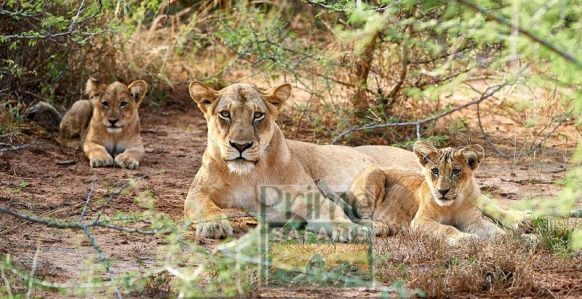 A visit to Murchison falls national park has a myriad of activities to be carried out such as a Spotfishing tour in Uganda, nature walks, Uganda cultural safaris, and Uganda birding safaris/ Uganda bird watching safaris which put you in a position to encounter some of the unique bird species that Murchison falls national park their homes such as the elusive shoebill stork, the giant kingfishers, goliath herons, secretary birds, Abyssinian ground hornbill and many more of the 450 bird species that are found here. Come to an experience a Uganda chimpanzee trekking safari in Murchison falls Budongo forest and magical experience with man’s closest relative with a 99% similar DNA to that of man.

Uganda wildlife safaris are not only enjoyed in National Parks but also in wildlife reserves! visiting a wildlife reserve on your wildlife safaris Uganda may look funny but actually, experiencing it is the best you can offer to yourself on your Safari in Uganda. Imagine living in a land with flourishing life, unique trees and vegetation types, along with different types of animals that call this land home. The life that you know is different from the natural life in Pian Upe Wildlife Reserve. Experiencing the natural life outside what you are used to requires you to make a planned Uganda tour to one of the most secluded wildlife reserves in Uganda; Pian Upe Wildlife Reserve. 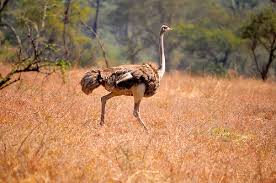 A Safari Uganda to Pian Upe takes you to a protected area in the Karamoja sub-region in Northeastern Uganda. Pian Upe is positioned between Mountain Elgon and the Kidepo Valley National Park. This reserve is the largest wildlife reserve in Uganda with an area of about 2,788km and the second-largest protected area after Murchison Falls National Park that covers an area of about 3,893km2. Pian Upe was gazetted as the Debasien animal sanctuary in the southern part in 1958 and was expanded northwards and renamed Pian Upe in 1964. 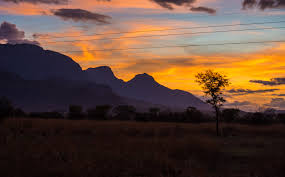 Besides the wildlife, Pian Upe Wildlife Reserve is perfect for a Uganda birding safari such as, the Lemon Dove, White-headed Buffalo Weaver, Black-throated wattle eye, the Mountain Yellow warbler, the Hartlaub’s Turaco, Grey Cuckoo-shrike, the Eastern bronze napped Pigeon, Jackson’s Hornbill, the Alpine chat, Thick-billed honeyguide, the Africa Hill babbler, the Dusky turtle Bove and the Ostriches that are only found in Kidepo Valley National Park and Pian Upe.

How to get to Pian Upe Wildlife Reserve Uganda

I advise tourists with enough time to use road transport during their tours Uganda becuayse their is a variety of scenery to see as they move to their safari destinations. 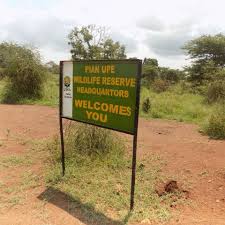 By air, flights can be arranged from Entebbe International Airport to Kidepo the nearest airstrip. These chartered flights are arranged by companies like Aerolink. Scheduled flights to Kidepo airstrip as per the Aerolink schedule are planned on Sundays, Wednesdays and Fridays. The flights normally take a duration of about 1-2 hours. The tourists are then driven to Pian Upe from Kidepo airstrip to Pian Upe for a distance of about 315km. this normally takes about 5-6 hours.

A Brief about Bokora Wildlife Reserve

The north eastern region of Uganda is adorned with wildlife reserves and a national park richly hosting diverse wildlife. Bokora corridor wildlife reserve is titled by the ethnic group that finds home here-a Karamoja group known as Bakora. This unique conservation area was gazetted in 1964 and managed by Uganda Wildlife Authority.

Matheniko Wildlife reserve runs through Bokora to Pian Upe wildlife reserve which emanates second after Murchison Falls National Park Uganda. Matheniko generates a larger eco system of savanna and mountains in the semi-arid area for example birdlife specifically around the Loporokocho swamp terrains, having species that are hard to see anywhere such as the Tockus Jacksons Hornbill, White headed Buffalo weaver, Hartlaub’s bustard, and the Ostrich (Struthio camelus). These have attracted many tourists to Uganda safari tour.