Tourism in Uganda is an untapped goldmine-Uganda Safari News 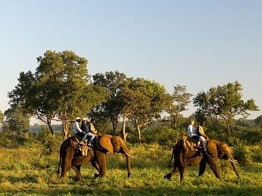 The future of tourism in Uganda holds great potential, but its growth and its progress will mainly depend on better transport infrastructure – including airline connections, roads connection from town areas to remote areas where most of Uganda safaris are done and railways – in addition to open borders, and improved marketing to niche sectors such as adventure, culture and Eco-tourism.
“While Uganda’s current growth rate is 3.1 percent, while the world average is 1.2 percent, it receives only adot from tourism. “To maximize Uganda’s tourism untapped potential, critical investments are needed in key infrastructure sectors for instance transport, energy, water and telecommunications.” If this is done, the country will increase on its number of travelers undertaking safaris to Uganda.
Uganda is home to some of the fastest-growing economies, and revenues from tourism in Uganda already shows more than double the amount of donor aid. Huge opportunities exist to further expand tourism sector in Uganda, yet challenges remain. The need for improved infrastructure, in the form of good roads linking visitors on safaris to Uganda to different attraction site, for better airline connections to connect travelers planning safaris to Uganda from generating areas, and in-adequate marketing are a few of the reasons limiting Uganda’s tourism sector to take off.
Tourism in Uganda is focused on Uganda’s landscape and wildlife. It is a major driver of employment, investment and foreign exchange, contributing 4.9 trillion Ugandan shillings (US$1.88 billion or €1.4 billion as of August 2013) to Uganda’s GDP in the financial year 2012-13. The economic potential of tourism is remarkable, with direct and indirect impact on employment. In Uganda, tourism companies employ people directly as drivers, guides, secretaries, accountants etc. These companies sell products to tourist for example art and crafts, traditional attire. Tourists attractions in which are not exploited in Uganda include national game parks, game reserves, traditional sites, natural tropical forests. Traditional occasions like Mbalu in eastern Uganda, boat riding, waterfalls among other.
Uganda’s tourism future looks bright given the expansive growth in adventure and eco-tourism in potential in Uganda, coupled with the countries’ rich cultural heritage and natural beauty, several airlines from the European Union, Africa, USA and the Asian countries should run to invest in the tourism sector in Uganda.
Uganda Safaris/Uganda Safari News
Prime Uganda Safaris & Tours Ltd