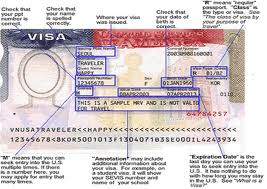 The tourism delegates from Uganda, Kenya and Rwanda met in Rwanda for the discussion of the use of identity cards to act as the travel documents and also the use of a single tourist visa for all the countries. This is going to help in improving Uganda safaris since there will be free movement of tourists to all East African countries.

The heads of states of the 3 countries agreed to first start a joint railway line project which will be using a national identify card as its travel documents, and later the introduction of a single visa for the territory. This will help in improving the tourism sectors of the three countries and also increase the tourist numbers of the countries, hence increased safaris to Uganda, Kenya and Tanzania.

Rwanda was given a task of heading the single tourism visa, the Identity cards as well as the single customs territory, this will help all the three countries to ease the movement of their tourists to all the east African countries which will later help to increase safari visits thus developing the tourism industry in all the states.

As recommended, Ugandans will use their voter’s cards as travel documents to Rwanda and Kenya since they lack national identity cards, the students who don’t have voter’s cards will be using their school identity cards, this will ease the movement and will help in the transfer of tourists from one country to another hence increasing the number of safaris in Uganda, Kenya and Rwanda.

This application of the single tourist visa and the identity cards is to help deepen regional integration which is among the east African countries; this will also help to improve the security among the countries hence creating a safe platform for the tourists to enjoy their safaris in Rwanda, Uganda and Kenya.