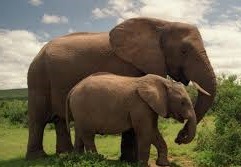 Elephants are among the big five of the land animals that are normally sought by travellers on safaris and tours in Uganda. They thrive in broad expanses of savannah vegetation and forested landscapes of western Uganda as savannah and forest elephants respectively.
The killing of elephants for their ivory is one of the tragic things that have characterized Uganda for years and ivory trade has been a major cause of this anti conversational endeavor that would eventually lead to extinction of these Uganda safari tour products.
Of recent, the nation was hit by terrible news of the missing ivory that had been stolen from the Uganda Wildlife Authority strong room close to 1335 Kg something that resulted into suspension of five Uganda Wildlife Authority officials including the executive director Dr. Andrew Seguya calling for the responsible security organs to embark on the investigations to ascertain the root of the problem.
Now several months down the road, the government under the Ministry of Tourism Wildlife and Antiquities is in the preparations of involving the Convention on International Trade in Endangered Species (CITES) to track the ivory that disappeared form Uganda Wildlife Authority (UWA) strong room. It is noted the confiscated ivory has got a mark of a unique number that allows it to be identified easily. Thus, circulating these numbers across the member states could help to track the missing ivory whose trade is threatening of continued existence of elephants which are among the main products encountered on safaris and tours in Uganda.
Uganda is confident that CITES cannot put any sanction on it since it does not officially engage in ivory trade. And Uganda as part of the CITES composition, has got laws that make trade in wildlife and its products illegal. This in turn ensures the continued thriving of Uganda safari tours including wildlife safaris and gorilla trekking safaris in Uganda.
Uganda safaris/Uganda safari News
Prime Uganda safaris & Tours Ltd