The dub “Pearl of Africa” could be an understatement for this beautiful small country. In the just concluded New York Travel Show in the United States, acclaimed best-seller writer Patricia Schultz released her latest edition of 1000 Places to See Before You Die and here Uganda is positioned in the 12th place. Uganda Ranked 12th Of The 1000 Places to See Before You Die comes just after Mgahinga Gorilla National Park was ranked the third “must-photograph” destination in the world on research carried out by Huawei using social media posts.

In November 2018, Uganda came first on the Wanderlust’s top wild destinations for chimpanzee trekking with Kibale Forest National Park taking this position. With no doubt Uganda safaris have for long been amazing to those who tour the country and so before your time is up, come know why this “small landlocked’ country has unendingly been praised by thousands of those who set foot on this land.

Patricia Shultz, a veteran travel journalist with over 30 years of experience in her latest edition of “1,000 places to See Before You Die” positioned Uganda as the 12th destination one should see before they die. In the article, Schultz presented Uganda as a primate destination gifted with more than half of the world’s remaining mountain gorillas which live in Bwindi Impenetrable National Park in south western Uganda alongside several other attractions. Schultz, published her first edition of “1000 Places to See Before You Die” in 2003 and it became a runaway best seller which inspires millions of travelers to create their own must visit places. 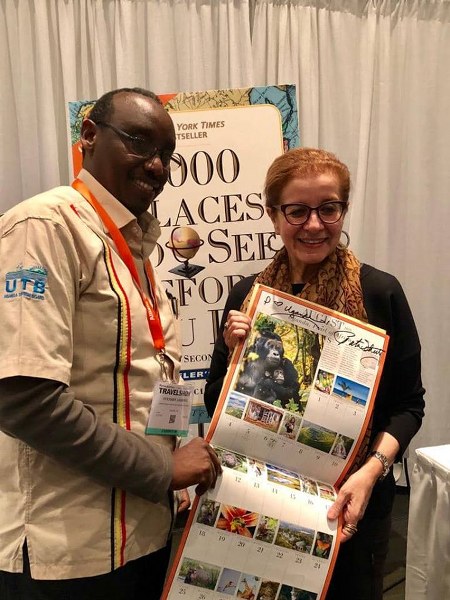 “That is a breakthrough. Out of the 1,000 Uganda made it to the top 12 in the calendar. We are steadily positioning Uganda as a preferred tourist destination in Africa” said the outgoing chief executive officer of Uganda Tourism Board (UTB) Stephen Asiimwe

“we will have a bigger share of international tourists visiting Africa,” he added.

What a blessed nation Uganda is, if you haven’t been here yet then you should be planning your next Uganda gorilla trekking safari or wildlife safari in Uganda and for Ugandans there’s no compromise, live to visit the whole of the Pearl of Africa.

Uganda Ranked 12th in New York Times Best Sellers 1,000 places to See Before You Die should be the reason for you to rush and find out the hidden treasures of the beautiful Uganda.