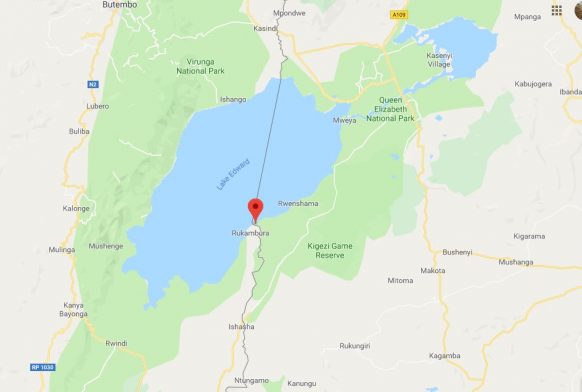 Queen Elizabeth Park map with the incident point in red

It’s true that the unfortunate incident occurred on Tuesday 2nd April 2019 where 1 American tourist (Kimberly Sue) and the local Uganda tour driver guide were Kidnapped while other two tourists were left in the vehicle at the Uganda-Congo border. The incident happened near Katoke Gate of Queen Elizabeth National Park between 5pm and 7pm during a late evening game drive. Since then many tourists are scared to undertake Uganda safaris and starting to think twice about their planned safari to Uganda.

Why tourists should not be scared to Undertake Uganda safaris 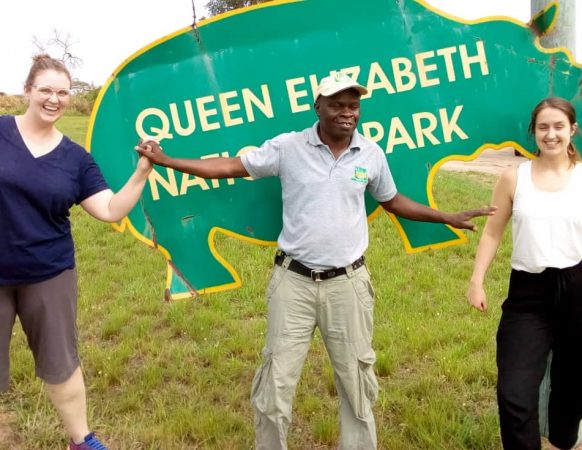 Our clients at the safe section of Queen Elizabeth NP

However, Kindly note that this happened in almost an abandoned zone in the far south of Queen Elizabeth National Park (Edward flats) very close to the Congo boarder which is still prone to occasional armed groups.  The driver and the tourists in quest for wildlife experience had drove to a distant place where the incident occurred. Kindly note that this kidnapping was an isolated incident and surely Uganda remains safe for tourists. The Joint forces are already conducting an operation to locate and rescue the Kidnapped people and this small section of the park where the incident occurred along with the Congo boarder, security is to the maximum.

Even now, tourists are doing game drives in the popular Ishasha sector in the normal areas close to the road and the safaris in upper Queen Elizabeth National Park and other Uganda National Parks are flowing normally with no any safety concern.

With this background therefore, I would like to arrest your fears and re-assure you that your forthcoming Uganda safari tour will be conducted successfully.

What to see/attractions in Queen Elizabeth National Park

Wildlife at the park is breath taking with about 95 mammal species and some of the most popular ones seen on Uganda wildlife safaris include, African leopard, African buffalo, Ugandan kob, African bush elephant, Nile crocodile, the lion, the hippopotamus, the water buck, and chimpanzees. There are about 5000 hippos (highest population in Africa), approximately 2500 elephants and over 10,000 buffaloes!

Primates as one of the attractions in Queen Elizabeth National Park are about 10 species including the chimpanzees, vervet and the black and white colobus monkey but the most daring of them all is the bold baboon. The big cats like the interesting tree climbing lions, the nocturnal and fiendishly well camouflaged leopard, the civet, genal and several other creatures of the wild are part of the thrilling wildlife encountered on a Uganda tours.

A lot of wild game will excite the tourist but the tree climbing lions reluctantly enjoying the calmness of the tree branches at Ishasha will captivate lifetime memories. All these animals within one area attests that the park is that haven for your  Uganda safaris.

Birds in the diverse eco system are approximately about 600 species, a phenomenal number for such a small area actually the park has the biggest number of bird species. The confluence of the savanna and forest linking to the expansive forest of the Democratic Republic of Congo which allows the tourist to have a glance at both the East and Central African bird species offer unrivaled Uganda birding safaris in just one destination. There numerous water birds too with key species including the African skimmer, African Broadbill, Martial Eagle, Black-rumped Butonquail, Chapin’s fly catcher, Verreaux’s Eagle owl, Black Bee-eater, White tailed lark and White Winged Warbler.

Be cautious, keep up to date with Uganda safari news and ensure to visit designated areas for safari and all will be well during your trip.