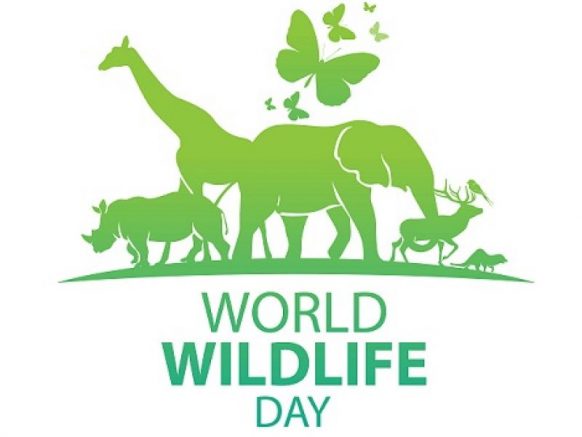 Wildlife living around the world is celebrated every 3rd March according to the United Nations (UN) Calendar. Uganda has for long joined the rest of the world on this day to celebrate the United Nations World Wildlife Day (WWD). This year, the United Nations World Wildlife Day celebrations in Uganda will be held in the Ssaza grounds, in Kisoro District in Kigezi region according to Godfrey Kiwanda, the Tourism, Wildlife & Antiquities state minister. The day’s celebrations will be graced by His Excellence President Yoweri Museveni who is also the Guest of Honour. The main celebrations will have exhibitions and recognition awards for people who have contributed significantly to wildlife conservation in Uganda. This is a great day for Uganda, a country not only dedicated to protecting and conserving wildlife but also gifted by nature.

According to the UN, World Wildlife Day is an opportunity to celebrate the many beautiful and varied forms of wild fauna and flora and to raise awareness of the multitude of benefits that conservation provides to people. Uganda’s flora and fauna have attracted several tourists for safaris in Uganda including; Uganda gorilla safaris, Uganda birding safaris, Uganda chimpanzee trekking safaris, Uganda adventure safaris, nature walk and many more. With a recorded 18,783 species of flora and fauna, Uganda ranks among the topmost biodiversity-rich countries globally hence ranked one of Africa’s best travel destinations. 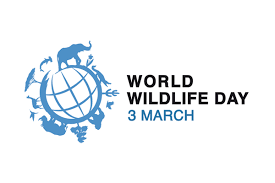 On 20 December 2013, at its 68th session, the United Nations General Assembly (UNGA) proclaimed 3 March, the day of signature of the Convention on International Trade in Endangered Species of Wild Fauna and Flora (CITES), as UN World Wildlife Day to celebrate and raise awareness of the world’s wild animals and plants. The UNGA resolution also designated the CITES Secretariat as the facilitator for the global observance of this special day for wildlife on the UN calendar. World Wildlife Day has now become the most important annual global event dedicated to wildlife.

The year 2020, known as a “biodiversity super year”, will host several major events that place biodiversity at the forefront of the global sustainable development agenda. It provides a unique opportunity to deliver transformative progress for the conservation and sustainable use of the species of wild animals and plants in response to global sustainable development challenges that can best be addressed with nature-based solutions.

About the Days Celebrations in Uganda

Speaking to journalists at Uganda Media Centre, Kiwanda noted that this year’s celebrations will run under the theme, “Sustaining Wildlife for the benefit of the present and future generations.” According to Kiwanda, Government of Uganda through the Ministry of Tourism, Wildlife and Antiquities in collaboration with its Agencies, other Government Ministries, as well as Tourism Associations, Academia and other conservation partners have organized a number of events to commemorate the day.

Among the common activities arranged this day will be the annual wildlife marathon that will take place on 23rd February 2020. “The marathon will have 5km, 10km, 21km and 42km categories all ending at the Museum. The Chief Guest at the marathon is expected to be Rt. Hon. Jacob Oulanyah, the Deputy Speaker of the Parliament of the Republic of Uganda,” Kiwanda said.

He also noted that a conservation conference to be graced by the Rt. Hon Prime Minister of Uganda will be held on 27th February 2020, in Kampala. This National Conservation Conference will bring together conservation practitioners, the private sector, policymakers and all stakeholders.

Other activities leading to the national wildlife day celebrations include wildlife Conservation competitions involving quiz, debates, music dance and drama that will be held to raise awareness about conservation issues among the youth. 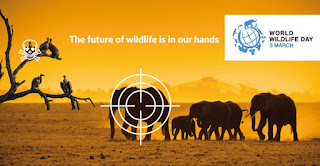 Uganda wildlife is a heritage of the country. Every time you poach, you create an imbalance in the concentration of wildlife, animals and plants that live in the wild have an intrinsic value and contributes to the ecological, genetic, social, economic, scientific, educational, cultural, recreational and aesthetic aspects of human well-being and sustainable development. Therefore, this day reminds us of the urgent need to step up the fight against wildlife crime and human-induced reduction of species, which have wide-ranging economic, environmental and social impacts.

Uganda boasts a rich and diverse wildlife heritage owing to its unique location at the zone of overlap between the savannah of East Africa and the rainforests of West Africa. “The country is distinctly blessed with spectacular landscapes of unrivalled beauty ranging from the great rift valleys to lake basins, crater lakes rolling plains, tropical forests, and vast savannahs to permanently the snowcapped Rwenzori Mountains,” Kiwanda said.“The numerous landforms and habitats support rich and varied wildlife species and communities,” he added.

Tourism is now the leading foreign exchange earner for Uganda, bringing in US$ 1.6 billion (about 24% of the total exports) annually. With a recorded total of 1.5 million international arrivals, tourism which is largely wildlife-based contributes about 9.0% of GDP annually. Kiwanda noted that Uganda’s rich wildlife biodiversity has been conserved through a robust policy and legal framework ushered in by the NRM Government in 1986 including through the establishment of a network of wildlife Protected Areas covering about 10% of the country’s total land surface.