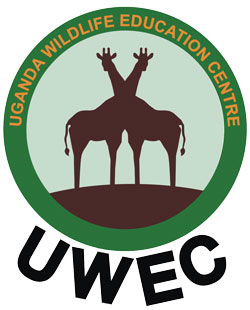 The Uganda Wildlife Education Centre (UWEC) initially referred to as the Entebbe Zoo and one of the popular Uganda safari sites of recent acquired an International award from the World Association of Zoos and Aquaria which is an international body that brings together all aquariums and zoos on the global scale.
James Musinguzi the Executive Director of Uganda Wildlife Education Center notes that the award to the body arises out of excellence in using the educational materials that are biodiversity related to support the United Nations Biodiversity decade starting from 2011 – 2020. This biodiversity decade aims at creating awareness among the people to appreciate the biodiversity value along with the steps that can be taken to ensure its conservation and sustainable use including being explored on safaris in Uganda.
The Uganda Wildlife Education Center attained this remarkable award in United Arab Emirates when the World Association of Zoos and Aquariums was conducting its annual general meeting and Conference. The education center is credited for being the only one on the continent of Africa to effectively utilizing the Uganda’s eco system approach.
The World Association of Zoos and Aquariums which is a notable member of the Convention of Biological Diversity (CBD) initiated a project of producing the communication materials for conservation education that include; posters, CDs and Mobile App that aims at enhancing biodiversity awareness among the visitors to zoos and aquariums including those on Uganda safaris. The Ugandan based zoo decisively utilized the tools innovatively at a range of events including Miss Tourism Uganda campaign in the video halls, the Zoo entrance, Entebbe Zoo animal exhibits along with workshops and local television.
This International award is an addition to the one that was extended to it by the Pan African Association of Zoos and Aquariums in the month of March when it emerged the best Zoo in the East, West and Central of the African continent. The continuous accumulation of these accolades is considered significant for increased publicity and visibility of UWEC thus making it a favorite spot for world travelers planning safaris to Uganda.
The trend to visit the Zoos is increasing and over 700 million people are noted to be visiting the zoos and aquariums globally per annum. These visitors are then brought in contact with environmental education that eventually sticks to them and they appreciate the biodiversity value and the reverence for its continuity.