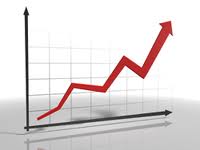 sector is growing at a faster rate mainly because of the increasing safaris which are operated in Uganda. Tour visits have increased due to the presence of tourist attractions like the mountain gorillas, wildlife in National Parks, culture and the city tours which are operated with in the country.

The hospitality of the people of Uganda has proved one of the factors which has led to the over growing of the tourism sector in Uganda. The tourists who always come for safaris in Uganda say that Ugandans have so hospitable, hence encouraging more tour visits to Uganda.