Why you should tour Uganda in 2019

New year’s always start with new resolutions and for the passionate travelers, something new should always be in the travel bucket list, so here is why you should tour Uganda in 2019 either for the first time or for a new reason.

Known as the pearl of Africa and so for the beauty appreciated beyond borders, Uganda is blessed with diversity. The country is blessed with unique natural art ranging from the soaring mountains through the terraced hill tops to the pristine wilderness plains. Straddling the equator line within East Africa, here a tourist has a two-hemisphere safari experience within a single tour destination.

Uganda is Africa’s most hospitable nation, though being a multi-lingual nation with 56 different languages spoken!  In Uganda are different ethnic groups that reside in harmony inclusive of which are the Bantu, Nilotics and Nilo Hamites with the smallest tribal groups being the Batwa and IK (one of Africa’s smallest ethnic groups). The diversity in cultures within the tribal groups offers more than expected opportunities to experience different cultures on your safari in Uganda. 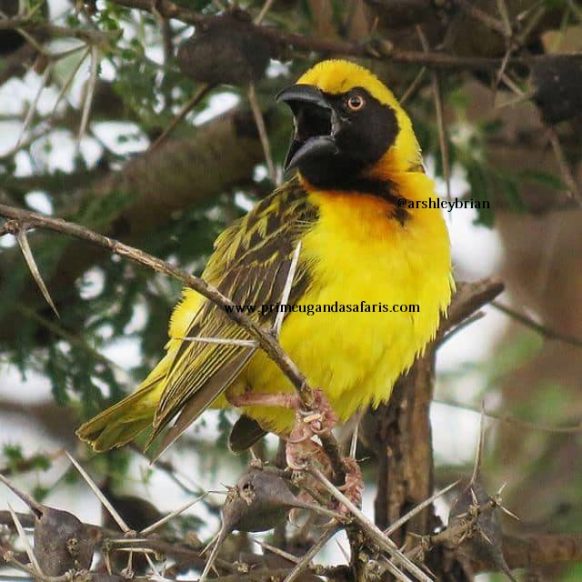 Uganda is entirely beautified by a whole 1,060 confirmed bird species! with 24 Albertine rift endemics and 1 country endemic- the Fox’s weaver. The singing and whistling beautiful feathered birds are savanna, forest, water, intra-Afro migrant and Euro-Asian migrant(palearctic) species. Birds of Uganda form 50% of Africa’s bird species and 11% of the bird species in the world making Uganda birding safaris a prime activity for birders.

For great conservation, the natural habitats of the country are conserved in 10 national parks each having a wonder to express and here is a brief on each of them and more of why you should tour Uganda in 2019;

The most powerful waterfall in the face of the earth is in Uganda’s Murchison Falls national park. The waterfall is created by the world’s longest river-Nile river. This is the most creative art that will leave you feeling the worth of your tour in Uganda. The waters squeeze through an 8m gorge cascading 45 meters over the rift valley wall.

Queen Elizabeth national park has surprising tree climbing lions along with big wildlife of about 5000 hippos, approximately 2500 elephants and over 10,000 buffaloes!

The closest representation of man in the wild is found in large numbers at Kibale forest national park with the chimpanzees that total to about 1450.

Not just the wild but a peaceful wild, Lake Mburo national park is the closest place to Kampala for an exclusive wild walk experience. The undertones of the wild are so calm to have tourists in their home.

The world’s largest volcanic base 50-80km, with the largest intact caldera covering about 40km2  is located in Eastern Uganda on Mount Elgon. The mountain offers the best hiking experience for those who can’t take up higher adventure challenges of the Rwenzori’s.

For those who travel for beautiful memories-birders, Semuliki national park is a little version of a bird paradise. Its home to 441 bird species about 34% of Uganda’s total. As home to the big 5 wildlife animals which are the Buffalos, Rhino, Elephants, Lions and leopards offers un rivaled Uganda Wildlife safaris.

Uganda as a top safari destination offers unforgettable wildlife interactions, perfect adventure experiences in the cascading fresh waters and sounds so beautiful from the bird species. For either a tourist or traveler, Uganda offers undisputable experiences of what you want to see and what you don’t expect to see.