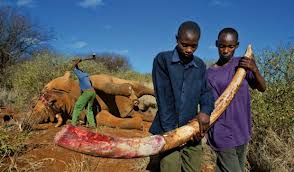 The main cause of wildlife loss in Uganda‘s national parks is poaching which is carried out in Uganda, this has reduced the total number of animals in the forests which has reduced the number of tourists who come to Uganda for safaris, this has affected the development of the tourism sector.

Poverty of the local communities which live near the national parks have also lead to wildlife loss in Uganda, this is because the kill the animals for food which has reduced the numbers of animals in the parks hence affecting safaris in Uganda, hence less development of the tourism sector.

Another problem which has brought about wildlife loss in Uganda are the diseases which affect the animals in the national , this is the greatest threat to the animals in Uganda since the virus are easily transmitted from one animal to another hence affecting Uganda safaris .

Wildlife loss is also brought about by habitant loss of the wildlife, which is caused by the local communities encroaching on the national park which has led to displacement of the animals to far areas hence affecting the safari tours to Uganda.