Imagine living in a land with flourishing life, unique trees and vegetation types, along with different types of animals that call this land home. The life that you know is different from the natural life in Pian Upe Wildlife Reserve. Experiencing the natural life outside what you are used to requires you to make a planned Uganda Safari to one of the most secluded wildlife reserves in Uganda.

Safari Uganda to Pian Upe, a protected area in the Karamoja sub-region in Northeastern Uganda. Pian Upe is positioned between Mountain Elgon and the Kidepo Valley National Park. This reserve is the largest wildlife reserve in Uganda with an area of about 2,788km and the second-largest protected area after Murchison falls that covers an area of about 3,893km2. Pian Upe was gazetted as the Debasien animal sanctuary in the southern part in 1958 and was expanded northwards and renamed Pian Upe in 1964. 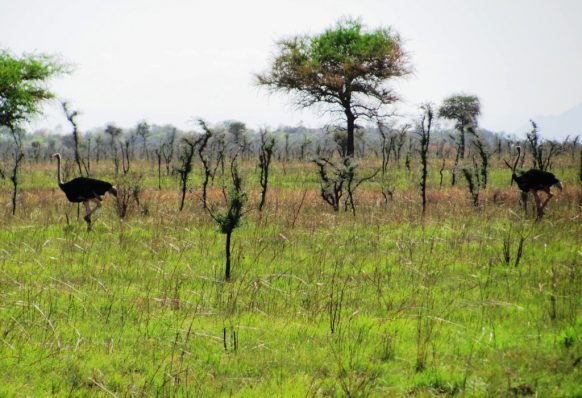 Besides the wildlife, Pian Upe Wildlife Reserve is perfect for a Uganda birding safari. During your birding safari in Uganda‘s Pian Upe Wildlife Reserve, you will sight numerous birds like; the Lemon Dove, White-headed Buffalo Weaver, Black-throated wattle eye, the Mountain Yellow warbler, the Hartlaub’s Turaco, Grey Cuckoo-shrike, the Eastern bronze napped Pigeon, Jackson’s Hornbill, the Alpine chat, Thick-billed honeyguide, the Africa Hill babbler, the Dusky turtle Bove and the Ostriches that are only found in Kidepo Valley National Park and Pian Upe.

Tourists on safaris to Uganda normally enjoy using roads for the reason that they have a variety of scenery to see as they move to their safari destinations.

By road, From Kampala (Uganda’s capital city) via Jinja- Pallisa- Kumi- Pian Upe is about 7-8 hours covering a distance of about 402km.

From Kampala via Masindi- Apac- Pian Upe is about 8-9 hours covering a distance of about 500km.

From Mbale via the Moroto road, is about 3-4 hours with a distance of about 212km.

From Mbale using the Soroti road, it’s about 212km taking about 3-4 hours while its roughly 6hours from Kidepo Valley National Park Uganda.

By air, flights can be arranged from Entebbe International Airport to Kidepo the nearest airstrip. These chartered flights are arranged by companies like Aerolink. Scheduled flights to Kidepo airstrip as per the Aerolink schedule are planned on Sundays, Wednesdays and Fridays. The flights normally take a duration of about 1-2 hours.

The tourists are then driven to Pian Upe from Kidepo airstrip to Pian Upe for a distance of about 315km. this normally takes about 5-6 hours. 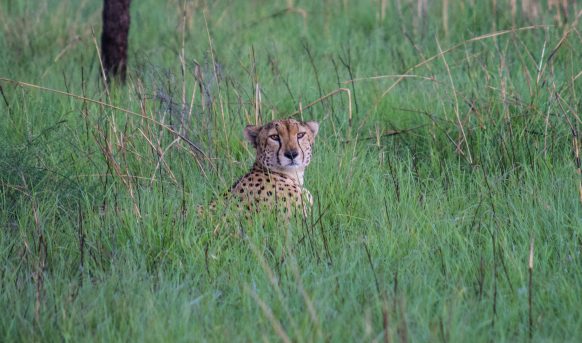 If you want to avoid crowds, organize a perfect Uganda tour to Pian Upe Wildlife Reserve that offers spectacular Uganda wildlife safari experiences. Pian Upe Wildlife Reserve has savannah grasslands and shrubs that act as homes to the wildlife that exists there. The presence of wildlife offers game drives in the reserve that enable you have a perfect view of some of the incredible wildlife such as the last population of Uganda’s Roan Antelopes, the uncommon ostriches, great Hartlaub’s bustard, white-headed buffalo, weaver, Jackson’s hornbill, protected within the Laporokocho swamp, vervet monkeys and unique olive baboons.

As an ultimate birder, there is a lot to see while in Pian Upe Wildlife Reserve. It hosts over 242 bird species some of which you will be able to view as they whistle in the trees and other vegetations for example; Lemon Dove, White-headed Buffalo Weaver, Black-throated wattle eye, the Mountain Yellow warbler, the Hartlaub’s Turaco, Grey Cuckoo-shrike, the Eastern bronze napped Pigeon, Jackson’s Hornbill, the Alpine chat, Thick-billed honeyguide, the Africa Hill babbler, the Dusky turtle Bove and the Ostriches that are only found in Kidepo Valley National Park and Pian Upe. Uganda birding safaris can be done alongside nature walks and the game drives as well.

Nature walks through the savannahs may not be enough for your tour in Uganda to Pian Upe. Taking a mountain climbing safari to Mountain Kadam found near Pian Upe is more exploratory. Mountain Kadam is about 3083 meters above sea level. Hiking to the top is less challenging compared to other mountains in Uganda. Its takes you about 2-3 days to hike to the top when hiking for about 10 hours a day. While climbing to the top, tourists are able to have the best view of Pian Upe as well as its Wildlife.

There are no well-built safari accommodation areas in Pian Upe Wildlife reserve. Those that are available are in Moroto yet there is a long distance to drive. Therefore, the best accommodation options are camping. Camping sites are available but tourists are advised to carry their safari tents for example; Uganda wildlife bandas, self-contained safari tents, self-contained cottages.

The best time to safari to Pian Upe is in the dry seasons. The dry seasons happen the months of January – march. During the seasons, the roads are dry as well as the vegetation which and offers clear views of animals. Animals also gather at water sources which makes it easy for game viewing.

During the wet season, the roads are impassable because they get muddy and can be challenging especially if you don’t have a 4WD car. The wet months are in the months of April- October.

In conclusion, as you plan Uganda tours to Kidepo National Park, include Pian Upe on your Uganda Wildlife tour Itinerary.