Africa’s friendliest nation-Uganda has never stopped being home to diversity with unity, those who take Uganda cultural safaris are witness to this. On the 14th – 16th  days of September 2018, Uganda is set to hold her third (3rd) international cultural fair at the Uganda Museum in Kampala-Uganda’s capital. The fair is themed “Our Diverse cultures Empowering Each Other.” Being held in Kampala which as a city has a lot of attractions ranging from educational, religious, cultural and having the only Bahai temple in Africa, a Kampala city tour will be rewarding too.

The cultural fair is going to be a form of cultural market for all forms of arts, Visual arts, fashion, music, dance, drama, comedy, poetry, storytelling, foods and beverages including local brew. This exhibition of arts and crafts will be a representation of cultures from different regions of Africa and beyond. At least 300 exhibitors of Africa’s most interesting cultural products like memorabilia, artefacts, local cuisines, dress code/fashion, music, dance and drama will be actively involved in the fair.

This is going to be the best opportunity for global communities to exhibit their unique cultures, buy cultural artefacts, showcase cultural innovation and expand on the number of tourists in their communities. 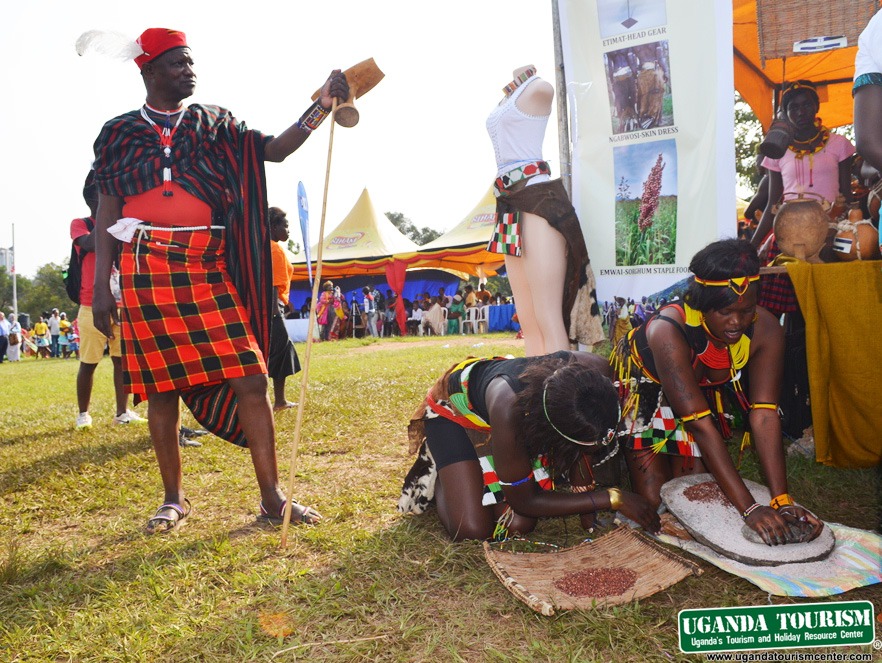 There are going to be conferences related to culture and preservation, school quiz competition on culture similar topics, East Africa high level culture related policy discussion comprised of parliamentarians from the East African member states, ministers of culture and ministers of Tourism across Africa. This will bring a new perspective to cultural differences and increase the number of those wishing to have a cultural safari in Uganda and other countries as well.

At the cultural fair will be a wildlife exhibition an educative moment from personnel of Uganda wildlife Education Centre (UWEC) formerly known as the Zoo with a main focus on totems as spiritual emblems that demonstrate conservation challenges stemming from ancient times.

The cultural fair will also feature Ekyooto (fire place) story telling sessions centered around bringing together humanity regardless of color, religion, race and background. These things have always tended to create psychological differences between human beings yet when we get together to realize what each other culture holds we change our perspective.

By the end of the cultural fair, best exhibitors, unique/creative talents, most culturally a ware schools rated from the quiz competitions that will take place, best essays, among other categories will be awarded. This calls for cultural awareness from all participants of the cultural fair.

This cultural fair isn’t only set to increase cultural safaris to Uganda but part of the objectives of the fair is to create employment opportunities to youth and women on how to produce and brand artifacts and souvenirs for both domestic and international markets.

The Uganda cultural fair is anticipated to attract at least 20,000 tourists from Uganda, East Africa, Africa and international countries. This will promote both international (which exports tourism) and domestic tourism (which strengthens a country’s tourism).

A summary of the Event

Theme: “Our Diverse Cultures Empowering Each Other”

Cultural diversity is actually a source of strength and diverse innovativeness. Uganda should take her unity in diversity as a great potential source for diverse innovation especially since the biggest population is of youth. It just doesn’t start it starts with you taking a Uganda cultural safari tour to this year’s cultural fair.