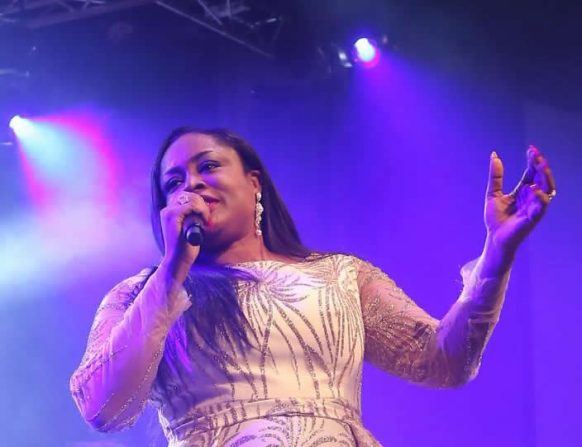 Just like the motto states; ‘For God and My country’ Uganda, also known as the Pearl of Africa is one the few Africa safari destinations that are religiously diverse. During your Uganda safari, you will witness a wide range of religious denominations with Christianity and Islam as the dominant religions. Uganda’s motto ‘For God and My country’ shows a clear testimony of the importance of faith in the cultural, economic and political life of the country.

Nigeria’s popular gospel artist, Osinachi James aka Sinach will pay a visit Uganda soon. She is expected to arrive in Uganda next weekend to perform at a Crusade in Entebbe.

According the Christian Bulletin, Sinach, the Way Maker hit maker is set to accompany the South African Preacher, Uebert Angel who will be hosted ETM church at the Good News Uganda Crusade that will take place in Entebbe. They will be accompanied by other gospel artists like Kake from Malawi and Onesimus from South Africa. 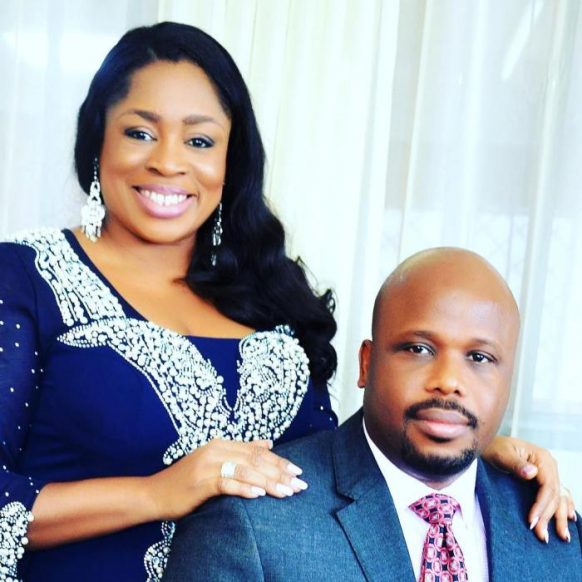 Sinach is an award winning songwriter, vocalist and a specially anointed international worship leader. She is known globally for several gospel hits songs which include, ‘Way Maker’, ‘I Know Who I Am’, ‘Great Are You Lord’, ‘Rejoice’, ‘He did it Again’, ‘Precious Jesus’, ‘The Name of Jesus’, ‘This Is my Season’, ‘Awesome God’, ‘For This’, ‘I stand Amazed’, ‘Simply Devoted’, ‘Jesus is Alive’ and many more which have become anthems in many Churches and homes all around the world.

Happily married to Joseph Egbu, Sinach is greatly motivated with the desire to see her songs, writings and concerts inspire the church and the whole world to worship God and be lifted, healed and for her listeners to be filled with the Glory of God through her music.

Because she is blessed, this year, Sinach has graced the list of the top 100 Most Reputable People on earth, by Reputation Poll International, listed alongside Oprah Winfrey, Queen Elizabeth II, Pope Francis, Evang. Reinhard Bonnke, Prince Harry and Meghan, Strive Masiyiwa and 93 others. She was one of the five Nigerians who made it to the list.

Her role as a model in the Christian world!

For over 25 years, her songs have ministered to millions bringing healing, hope, encouragement and strengthening their faith. Thousands of comments, and hundreds of testimonies are recorded daily from around the world, making known the impact her music is having around the world.

As an international worship leader serving in Christ Embassy Church, Sinach has been privileged to witness first-hand the outpouring of the Holy spirit and amazing miracles take place in the lives of people at the Healing school, crusades and conventions all over the world with her Pastor, Rev Chris Oyakhilome where she has led millions of people in praise and worship, inspiring music ministrations in; Africa, North America, United States of America, United Kingdom and many more. 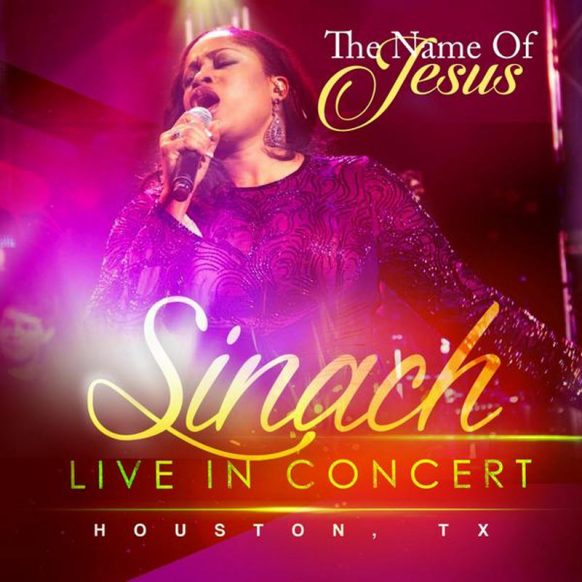 She often organizes the “SINACH LIVE IN CONCERT”, a series of worship concerts which in 2017 alone, held in Nigeria, Ghana, Cameroon, USA, Trinidad, Tobago, South Africa, Zimbabwe, Uganda, Amsterdam, British Virgin Islands, Seychelles, Lusaka and 13 more countries around the world. At each location, thousands and thousands gather to worship God from all over the Country, packed and sold out.

About Religious tourism in Uganda

Uganda has invested more in religious tourism especially in the top sites for pilgrimage tours Uganda. Prime Safaris & Tours Ltd has expertise in planning safaris Uganda for travelers interested in pilgrimages as well as religious safaris in Uganda.

Uganda has on record hosted 3 different Popes on apostolic journeys. Pope Paul VI was the first pope to visit Uganda in 1969, In February 1993 Pope John Paul II also came to Uganda and the last and most recent papal visit being that of Pope Francis on 27th of November 2015. Interested in religious tours in Uganda on your Africa safari tour, Uganda safaris should be your ultimate choice for we are sure you will achieve your objectives.

Prominent religious places to visit on your Uganda tour 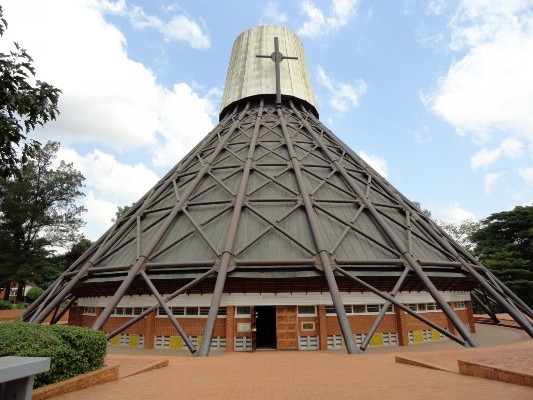 Namugongo martyr’s shrines are the most widely known places of martyrdom and pilgrimages in Uganda. Uganda has more than 50 canonized martyrs, a number that is hard to find if you decided to traveled the entire world. Every 3rd of June each year, thousands of people trek from all corners of the country including international pilgrimages that visit Namugongo to celebrate the Uganda martyr’s day.

There are 2 shrines; the Catholic shrine and the Anglican shrine all situated in Namugongo. Many christians have visited Namugongo and have given testimonies to having their problems solved and desires achieved through prayer and intercession of the Uganda martyrs so if you are a believer, you should be thinking about a visit to Namugongo for intercession on your Uganda tour! 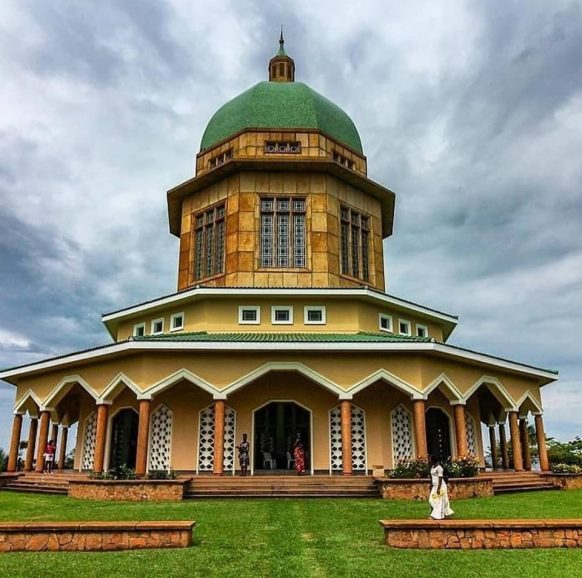 The Baha’I temple is home to the Bahá’í Faith in Uganda that started in 1951. Four years later, there were 500 Bahá’ís in 80 localities, including 13 Bahá’í Local Spiritual Assemblies, representing 30 tribes, and had dispatched 9 pioneers to other African locations. Following the reign of Idi Amin when the Bahá’í Faith was banned and the murder of Bahá’í Hand of the Cause Enoch Olinga and his family, the community continues to grow though estimates of the population range widely from 19,000 to 105,000 and the community’s involvements have included diverse efforts to promote the welfare of the Ugandan people. 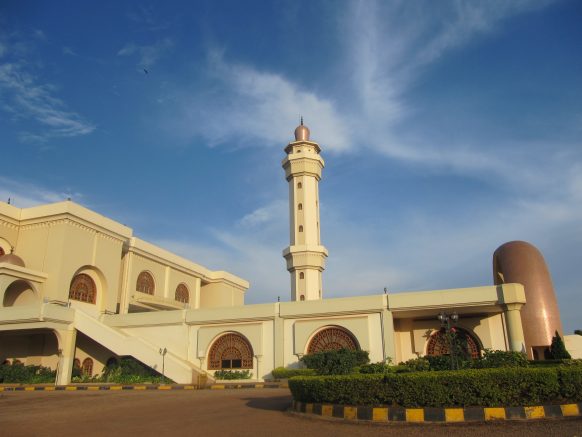 The Gadhafi mosque; also known as the Uganda National Mosque is located at Kampala Hill in the Old Kampala area of Kampala, Uganda. Colonel Muammar Gaddafi of Libya commissioned the mosque as a gift to Uganda, and for the benefit of the Muslim population. Completed in 2006, it seats up to 15,000 worshipers and can hold another 1,100 in the gallery, while the terrace will cater for another 3,500. Uganda has many mosques but this one is a skyscraper mosque.

The completed mosque was opened officially in June 2007 under the name Gaddafi National Mosque, and housed the head offices of the Uganda Muslim Supreme Council. It was renamed “Uganda National Mosque” in 2013 following the death of Colonel Gaddafi as the new Libyan administration was “reluctant to rehabilitate the mosque under the old name.