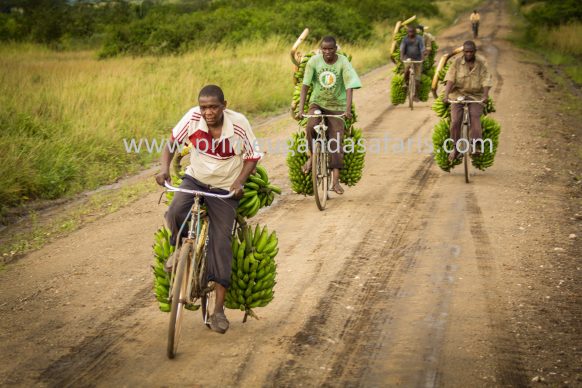 Three globally recognized marketing firms have been contracted to undertake the initiative of representing the destination Uganda and popularize Uganda Safari products to the travel markets globally.
The marketing contracts were received by the Germany’s KPRN, UK’s Kamageo and the North America’s Performance Horizon Group from the President of Uganda Yoweri Museveni at an annual cost of $1.5 million. The three (3) marketing firms are meant to support the Uganda Government regarding tourism promotion in the main originating areas including Germany, Switzerland and Austria, United Kingdom and Ireland and North American countries of Canada and United States of America with the possibility of increasing numbers that undertake safaris to Uganda.
The Ugandan President hailed the market representation strategy of the country in the key source markets. The move is guided by the general objective of positioning Uganda as the main travel destination; enhance the arrival counts, the length of stay and general expenditure while on safaris in Uganda.
However, besides the firms’ role in the tourism promotion, the project also aims at building capacity in the local tourism business to ensure that private companies compete favorably in the global travel market. The firms’ will as well support the Ugandan Foreign Missions in the respective countries to further the cause.
Tourism is among the current top listed exports in the country and steadily raising as the main employer in the country. This trend is not only in Uganda. Many countries all over the world have realized the significance for tourist revenue and are willing to fight for the share of the available tourist numbers. Therefore the commissioning of these firms is a move to ensure that the efforts of marketing Uganda tour products do not retire in the main originating areas.
Uganda has been participating in the annual global travel fairs and exhibitions including the World Travel Market in London, ITB Berlin in Germany and Indaba Travel fair in South Africa to showcase the beauty of Uganda and what is available for exploration in this pearl of Africa. But a continuous information provision to the potential markets has been necessary and the commissioned firms are expected to close those gap.