The royal tombs of kasubi; a voyage into the history of Buganda kingdom – Uganda safari news

Home » The royal tombs of kasubi; a voyage into the history of Buganda kingdom – Uganda safari news 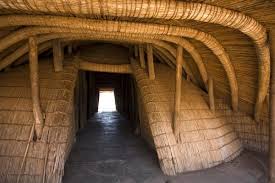 Humans tend to cling onto some things in their past; even people who claim to loathe history still have things in their past that they cannot let go of. Although the contemporary talk is “forget your past and move on into the future”, a journey backwards does not hurt at all but rather offers us opportunities to encounter details in our past that we might have missed. On a safari to central Uganda, tourists have a similar opportunity to travel back in time without using any sophisticated scientific technology. The Kasubi Royal Tombs will continue to interest domestic tourists but foreign travelers will be wowed even more.
You might be wondering what there is to find among the dead, but these tombs have a lot more than that to present to the eye and to the ear. The royal tombs at Kasubi are the perfect place for religious and cultural enthusiasts, and for people who just want to dig deep into the arts, beliefs and traditions of Uganda’s largest ethnic community, the Baganda; this is where it all zeroes down to.
A Uganda Safari may lead from any part of Kampala City to Kasubi which is situated on a hill, and here guests will see a clear blue and white signpost with a delightful message “Welcome to The Kasubi Tombs”. You will leave your vehicles and head towards the gate to the tombs and as you walk through the gates you will realize a whole new world. At the gate you will feel like transitioning from the modern to the ancient traditional world.
Uganda’s Tours and Safari guests will be welcomed by friendly tour guides (some who grew up serving in the tombs) and they will lead you through the clean compound that separates the round straw thatched buildings which hold some of the richest cultural heritage on earth. No wonder UNESCO declared the tombs a World Heritage Site (WHS). Apart from containing some of the ancient regalia of the Baganda people, the buildings display the traditional African architecture of most ethnic groups in Uganda which includes the wooden poles which support the straw-thatch that forms roofing.
The greatest and largest of these grass-thatched huts is the highlight of the Kasubi Safari and tour adventure and bears the name Muzibu-Azaala-Mpanga. This is also the largest hut of its kind in the entire world and is over a century old. The site was first constructed in 1881 by Mutesa I the then Kabaka (king) of Buganda as a palace of his own. When he died, the site was transformed into a royal mausoleum in which Mutesa I and three other kings of Buganda were buried (Danieri Mwanga, Daudi Chwa II and Edward Mutesa II).
Although Muzibu-Azaala-Mpanga was hardheartedly torched on 16th March 2010 destroying some of the remains of the fallen kings like the vestiges and portraits of the four kings and Mutesa’s stuffed leopard, the structure has fortunately been rejuvenated and is ready to receive Uganda tours and safaris visitors again.
The authenticity of the represented at the Kasubi Royal burial grounds is something to fall for. Guests will be requested to put off their shoes before entering the buildings and this will give them the opportunity to feel the blessed royal ground with their bare feet. At Kasubi the people of Buganda kingdom believe that the fallen kings live-on and that they are willing to bless all their visitors. Perhaps you will also walk out of the Ficus-bark fence having been blessed. A safari to the tombs is highly enjoyable and is undeniably one of the best experiences that the pearl of Africa has to offer.