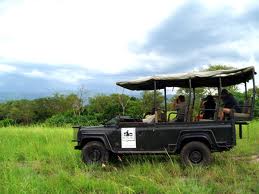 Queen Elizabeth is located in western Uganda which is considered to be the land of attractions. It has attracted many Uganda safaris because of its scenic beauty. This park has got a fabulous location which is found in the rift valley. A safari to Uganda will avail you with varied habitants such as lakes, rivers, acacia woodland, tropical rain forest and the savannah which are located in the Park. The land scape of the park has made its nature look wonderful in the wilderness. The 95 mammal species found in the park and over 600 species of birds have attracted many safaris in Uganda, since the tourists find the park well filled with different species of mammals and some of these include; the elephants, hippos, lions, leopards and the crocodiles. The spectacular boat trips which are done on Kazinga channel have given a wonderful experience to the visitors who come for safari visits to Uganda. This is because the launch cruises give s good views of many water animals in the park like the crocodiles, snakes, hippos and the water birds. Bird watching is another big opportunity in queen Elizabeth National Park; this activity can be done as you relax at Mweya Safari Lodge on your safari. The following birds can be viewed in the wild; these include the black rumped button, Papyrus gonolex, the western- banded snake eagle, African fish eagle, white backed night and the black and white casqued hornbill. In addition, these birds have attracted many birding safaris to Uganda.